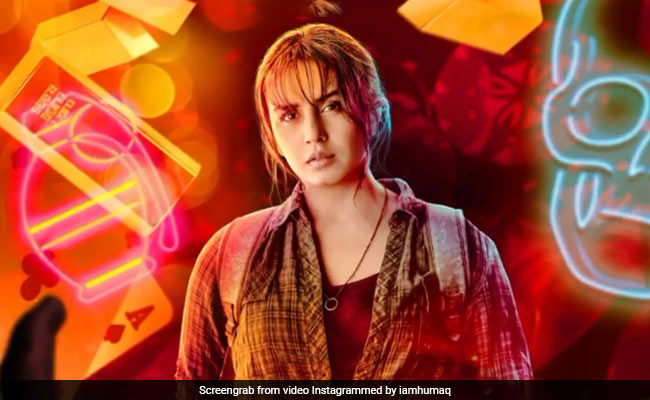 For Bollywood actors, entering Hollywood is stepping up their game and being recognised on the international stage. Through the years, many actors and actresses have taken the step, some successfully and others, not so much. From Aishwarya Rai to Irrfan Khan, some went on to make flash-in-a-pan appearances in a scattering of films while others made a full-fledged Hollywood career with numerous films. After the likes of Deepika Padukone, Radhika Apte, Priyanka Chopra and many more, there's another Bollywood celebrity making her entry into Hollywood and we couldn't be prouder it's Huma Qureshi.

Huma Qureshi has always been the kind of actress who let her work speak for herself. With a body of work that includes Badlapur, Highway and Gangs Of Wasseypur, Huma's skill on-screen has always been her strongest talking point. Huma Qureshi is set to make her Hollywood debut in the much-awaited Army Of The Dead by Zack Snyder. As Huma mentioned, the movie was shot throughout the course of 2019 and is set to release on Netflix on May 21, 2021. Known to a thorough professional who is fully immersed in his art, Zack Snyder is known for Watchmen, Batman V Superman: Dawn of Justice and most recently, Zack Snyder's Justice League.

(Also Read: In Radhe, Disha Patani Is Fierce And Fashionable As Ever)

In Army Of The Dead, Huma Qureshi will play Geeta, who is described as "determined mother to an estranged daughter". In posters that released for the upcoming zombie heist flick, Huma is seen striking a pose with a bloodied knife in hand. With a check shirt over a red tank top, Huma's messy fringe with hair pulled in a bun as well as a ring running through her necklace are also visible. Unapologetically feisty and oozing fierceness, it's all eyes on Huma this summer.

(Also Read: Jacqueline Fernandez In Dil De Diya Is A Glam Goddess Who Is Winning Our Hearts)