8 Interesting Facts About Chikankari, The Traditional Craft From Lucknow

Here are interesting facts about the traditional Indian craft of chikankari 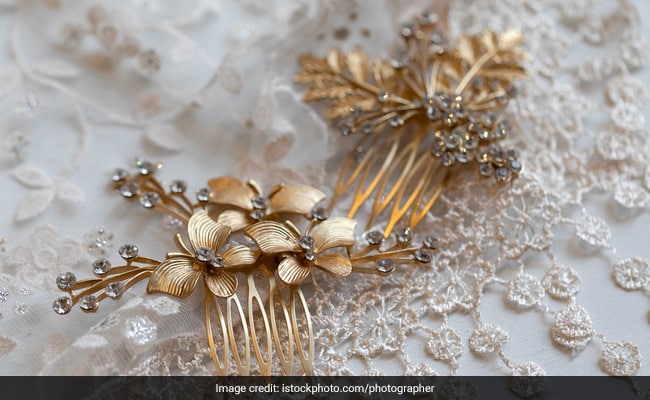 Lucknow is a place known for its endless specialities, the roots of which can be traced back to India's rich history that makes it more spectacular. It is a place with diverse art and culture that have influenced its identity over centuries. It offers exquisite Nawabi cuisine, the most graceful dance form that is Kathak is believed to have originated here and it's the hub for a craft that has become world famous for its intricacy and beauty and that is chikankari. Chinakari is an eminent craft amongst other handloom specialities of India, which has mesmerised one and all - from the royals of yore to trendsetting celebrities of today.

Interesting Facts About The Craft - Chikankari

Here are interesting facts about Chikankari you probably never knew before:

1. Chikankari is believed to have been popularised in India by Nur Jehan, wife of the Mughal emperor Jahangir. It was brought to India by Persian nobles who would visit the Mughal courts.

2. Chikankari is also known as shadow work. It is an intricate and elegant art of embroidery pursued with a needle on a fabric. The needlework requires time and patience, and that's why the final product appears appealing.

3. It is said to be derived from a Persian word 'chakin' which means creating delicate patterns on a fabric. However, there are theories that connect this craft to Bengal, where the word means fine. There's yet another story where the word is said to be a version of 'chikeen', which referred to a coin valuing Rs 4 for which the work was sold in the past.

4. Chikankari embroidery features numerous patterns and designs of muree, lerchi, keelkangan and bakhia. It is a detailed form of embroidery that often uses motifs of Mughal architectural themes.

5. It is a delicate hand embroidery found on a large range of fabrics that include chiffon, muslin, silk, organza, net, cotton, etc. Earlier the fabrics were embroidered using white thread but in due course of time, coloured threads started being used to set a trend and keep it updated with modern tastes.

6. Traditionally, the craft work was done on white muslin cloth using white thread. Now the embroidery is done on pastel shades of muslin and cotton. It is also embellished and adorned with sequin, beads and mirror work to enrich its appearance.

7. There is a depiction of the chikankari embroidery in the movie Anjuman, 1986. It highlights the lives of local women from Lucknow who work on this craft.

8. Chikankari is a unique way of designing fabric. It's an arduous process that is a compilation of designing, engraving, block printing, embroidery, washing and finishing. First, the fabric is cut according to requirement. Then it is block printed with design motifs on which the embroidery is done. The cloth is then washed several times and finally is ready to use.

Kareena kapoor khan in @narjisofficial and @tyaanijewellery for an event in Melbourne ! Hair and make up by @makeupbypompy

Visiting Lucknow is a must to unravel the beauty and mystery of all crafts produced there. Besides, it has many historical monuments for you to get the true essence of the city.