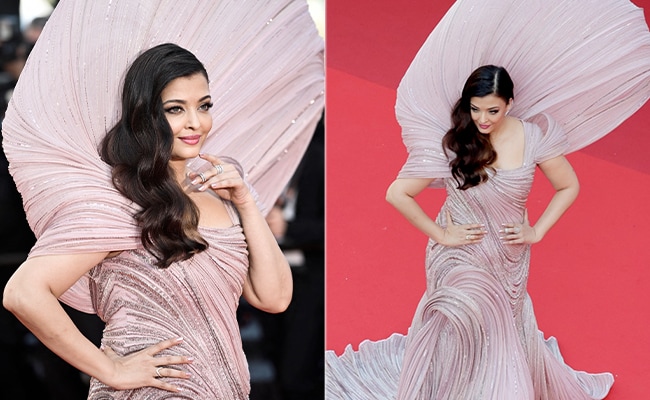 Aishwarya Rai definitely hasn't been playing it safe with her fashion quotient on the Cannes 2022 red carpet. And that's been the case ever since she landed in the French Riviera. Her latest look isn't any different. For her second red carpet appearance at the Cannes Film Festival 2022, Aishwarya made a style statement like absolutely no other has done thus far. And better yet, she did it wearing an Indian designer. The Bollywood star graced the red carpet in a pastel pink shimmery gown by Gaurav Gupta. The structural wonder featured a voluminous cape placed on her shoulders. The design extended to the gown as well, which also had short sleeves, a fitted body and asymmetrical hemline. The structured body had a wavy design that was speckled with silver sequins throughout. The red carpet at Cannes 2022 has seen plenty of style statements but none have been quite like dramatic as Aishwarya Rai's. 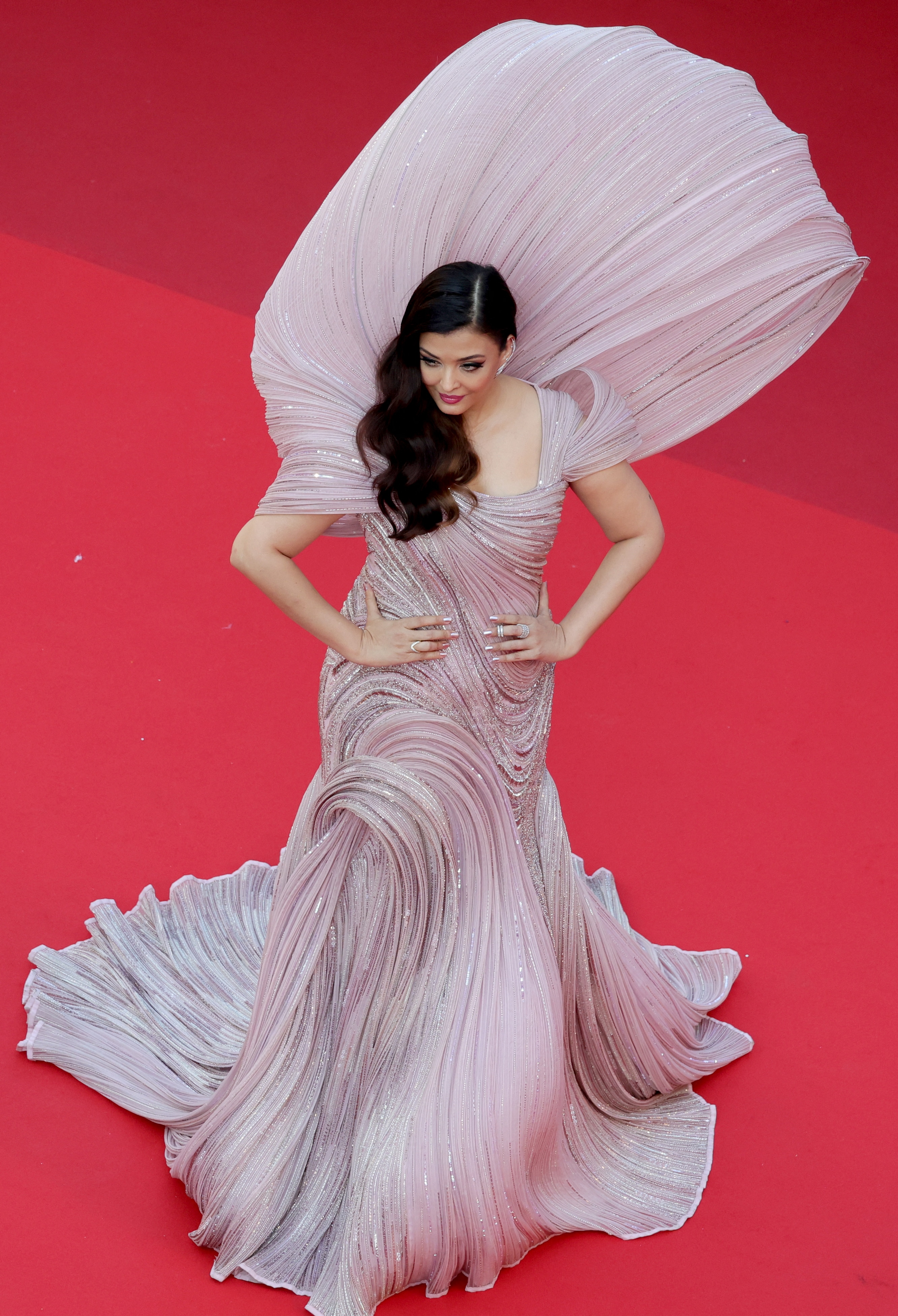 Her beauty look accompanying the outfit wasn't any less either. Aishwarya wore her brunette locks in glossy sideswept curls. Her mauve eye makeup was set with fluttery lashes. Defined brows, sparkling lids and flushed cheeks completed it to perfection. Her chrome coloured nails were set with multiple rings. She also added an ear cuff to her look for an extra bit of edge. Aishwarya Rai has been one of the foremost Indian fashionistas at the Cannes Film Festival for the past 20 years and that doesn't seem to be changing any time soon. 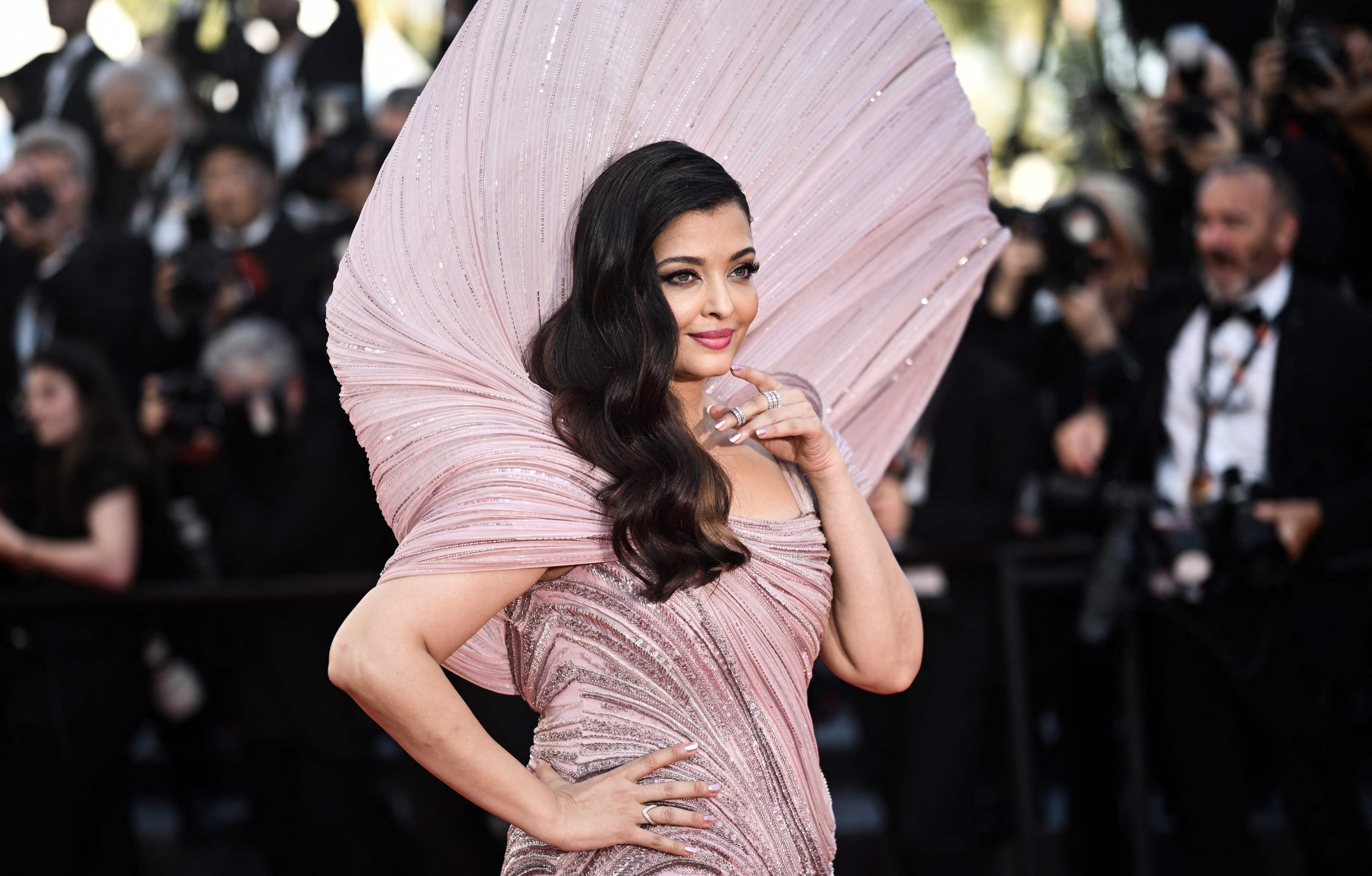