Ana de Armas Sparkles So Bright, We're Sure Sequins, And Not Diamonds, Are Her Best Friend 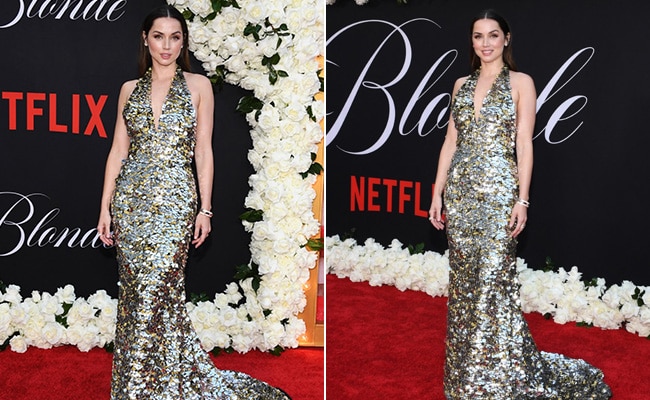 Ana de Armas has been making the rounds all around for the promotions of her film Marilyn Monroe's biopic, Blonde. But you simply couldn't miss her at the Los Angeles premiere. Diamonds may have been Marilyn's best friend but sequins remain Ana's. She dazzled like the star she is in an over-the-top halter gown by Louis Vuitton. She made a starry entrance on the red carpet for everyone to remember. The choice of the halter neckline only seems fitting since Marilyn Monroe drew a partiality to halter necklines too. Her sequinned gown in fact would instantly ring a bell for its uncanny resemblance to one of Marilyn Monroe's iconic golden halter gown from Gentlemen Prefer Blondes. Ana's bejeweled appearance could dull the sparkle of the galaxy in an instant. Her dewy complexion only added to the radiance of her red carpet presence. With her hair parted in the middle and warm browns on the lids, Ana de Armas just like Marilyn Monroe believes only in show-stopping moments. 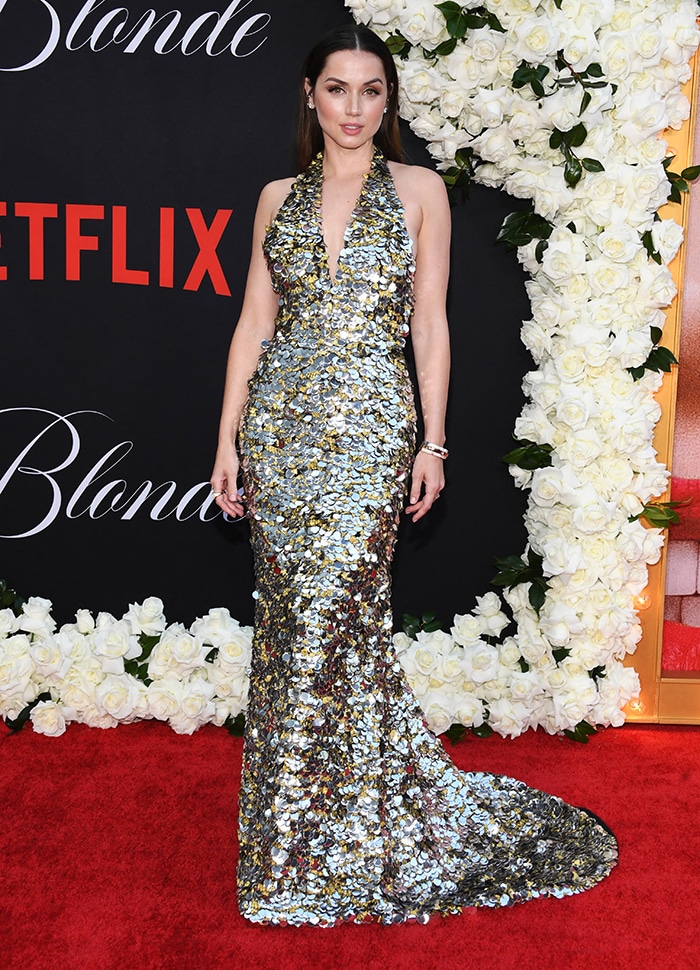 One could see glimpses of Marilyn Monroe in Ana de Armas very often throughout the film promotions. She channeled the late actress yet again in yet another halter gown by Louis Vuitton. Only this time it was pretty pleats in pink that was a clear nod to Marilyn Monroe's iconic pink gown from Diamonds Are Girl's Best Friend. The pink gown paired with her statement diamond choker was a historic fashion moment in the making and it was not surprising to see many heads turn her way at the Venice International Film Festival 2022. 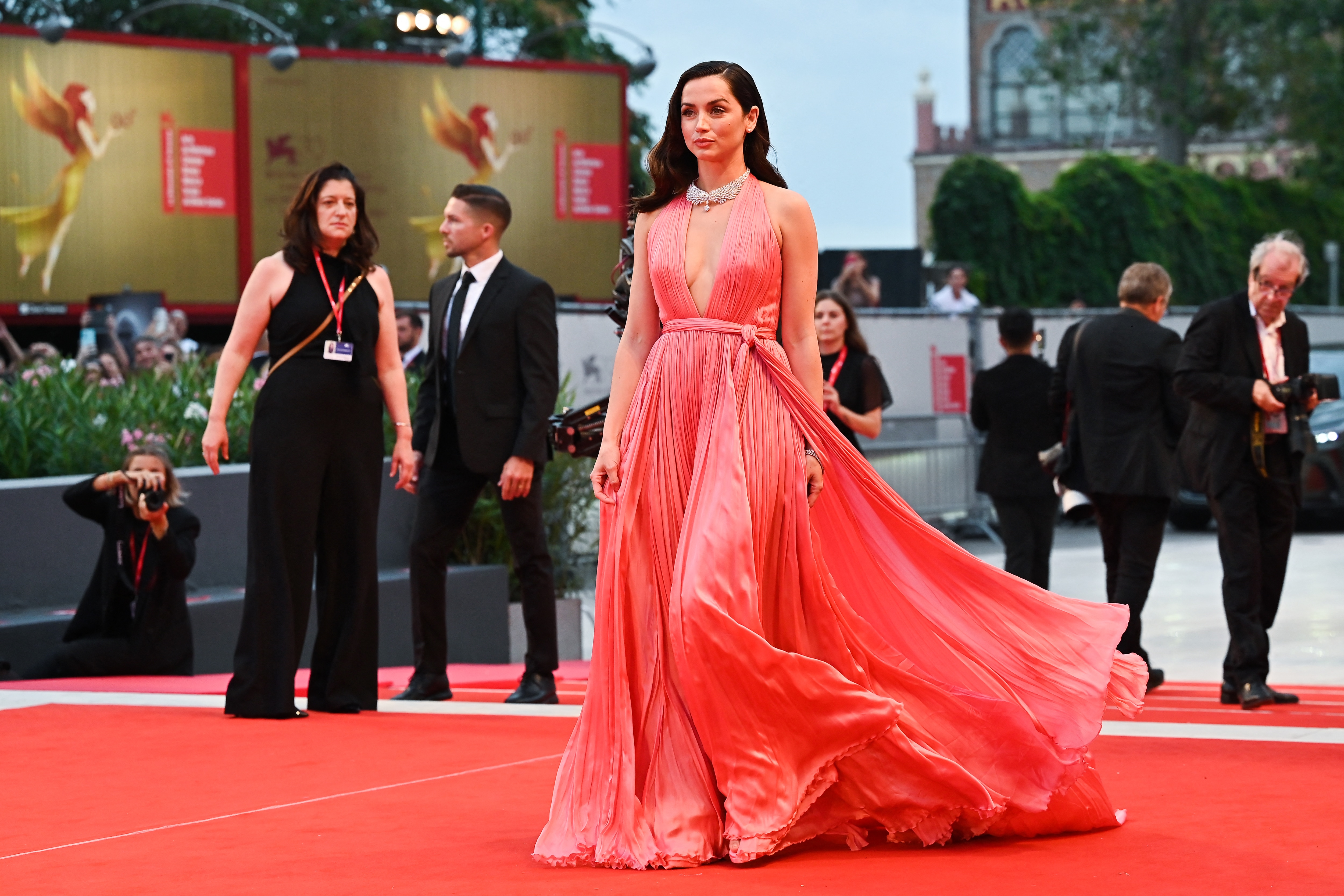 Ana de Armas continues to wow us one gorgeous Louis Vuitton gown at a time.