Anamika Khanna: The Designer Sonam Kapoor Keeps Going Back To 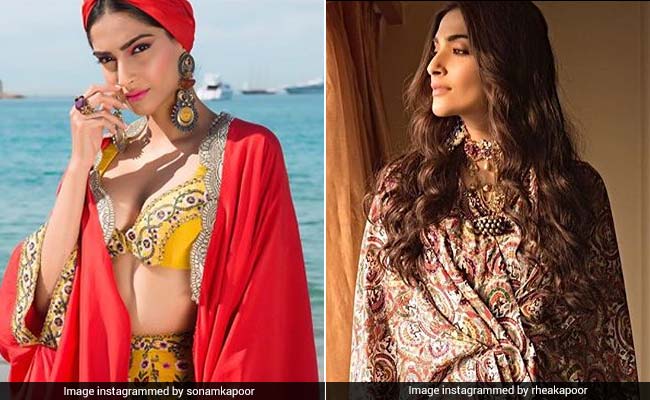 Right from the beginning of her career in Bollywood, Sonam Kapoor established herself as a fashion icon. It was a part that came to her naturally, bringing acclaim far earlier than her acting did. Even if the roles Sonamchose have mostly required her to dress down, the actress' style of dressing IRL couldn't be more glam. Other than her film Aisha, where Sonam played an out and out fashionista, roles like the ones in Neerja, Bhaag Milkha Bhaag, Ranjhana or Delhi-6, had her looking like a simple girl next door. Off screen, though, her outfits thrill the most exacting of fashion pundits.

Sonam never fails to make an impression when she steps out, very often in couture. You couldn't have failed to notice that there is one particular designer who is behind some of her most impressive looks; Anamika Khanna. Sonam seems to float back to Anamika's creations ever so often and for some of the most important occasions or events.

Remember this sari and jacket look at the Cannes Film Festival some years ago? 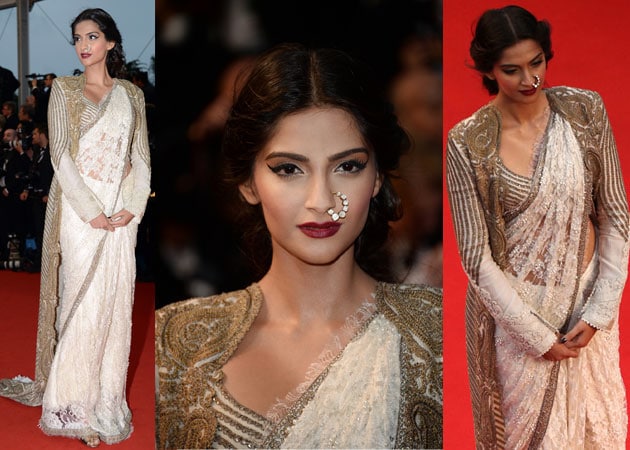 And this sari-style caped dress, also from Cannes? 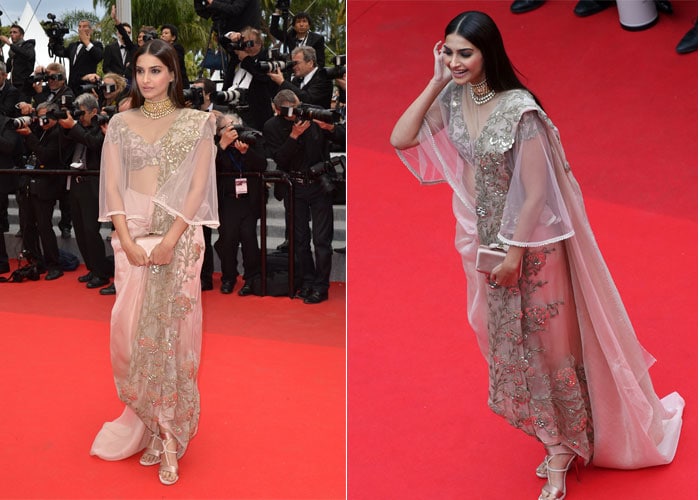 This year, PadMan promotions had Sonam Kapoor pull off another one of Anamika's delectable designs. Sonam was styled, like most times, by her sister Rhea Kapoor. She wore a printed maxi by Anamika Khanna and left her hair loose in soft waves. She also paired the outfit with stacked jewellery from Amrapali.

Whether it's for a wedding in the family or movie promotions, Anamika seems to be Sonam's number one pick.

Sonam picked these outfits from Anamika Khanna for a wedding in the family.

Sonam Kapoor also wears international designers like Ralph & Russo and Elie Saab but keeps going back to Anamika Khanna. She wore these outfits while promoting her film Neerja in 2016.

It had to be an obvious choice, then, to wear Anamika Khanna while receiving her first National Award last year, won by Sonam Kapoor for her performance in Neerja.

Post #NationalFilmAwards celebrations! Ram is all smiles with his first ever actor @bomanirani & his latest actress @sonamakapoor ! #Epicpic.twitter.com/10NpgH4kQu

Anamika Khanna was also Sonam's designer of choice for the Mumbai Film Festival in 2017 and The Filmfare Awards in 2016.

Seems like Sonam isn't the only one trying to wear as many beautiful outfits from Anamika Khanna. Her stylist and sister, Rhea, seems to love wearing Anamika's creations just as much.

The Kapoor sisters, always stylish and a lot of times courtesy Anamika Khanna, are quite a fashion force to reckon with.