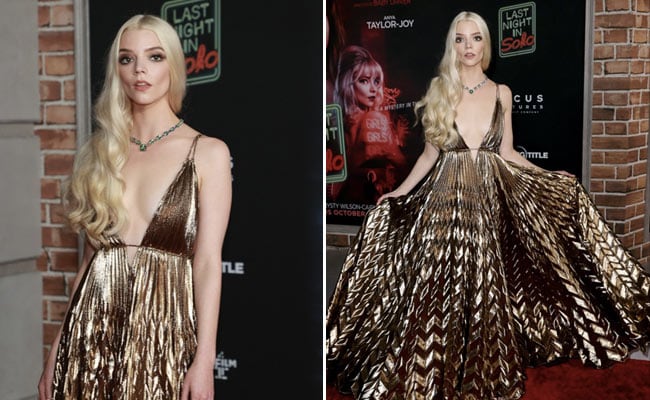 We're going to be dreaming in metallic tonight and we've got Anya Taylor-Joy to thank for it. The Queen's Gambit star knows how to light up a red carpet and this she proved one more time when she attended the Last Night In Soho movie premiere event in Los Angeles. Cutting quite the glam picture, Anya wore a metallic gold gown by Dior. It featured thin straps with a plunging neckline which is cinched at the torso. The body of the gown sees vertical pleats and chevron detailing over its full body. Anya wore her long platinum blonde hair in a centre part with large curls swept toward the side. Her makeup look of choice included bronze smokey eyes and defined brows with contoured cheeks and a neutral lip. The piece de resistance of Anya's ensemble was the emerald and diamond necklace resting on her neck. Now that's one way to shimmer, shine and sparkle with elegance. 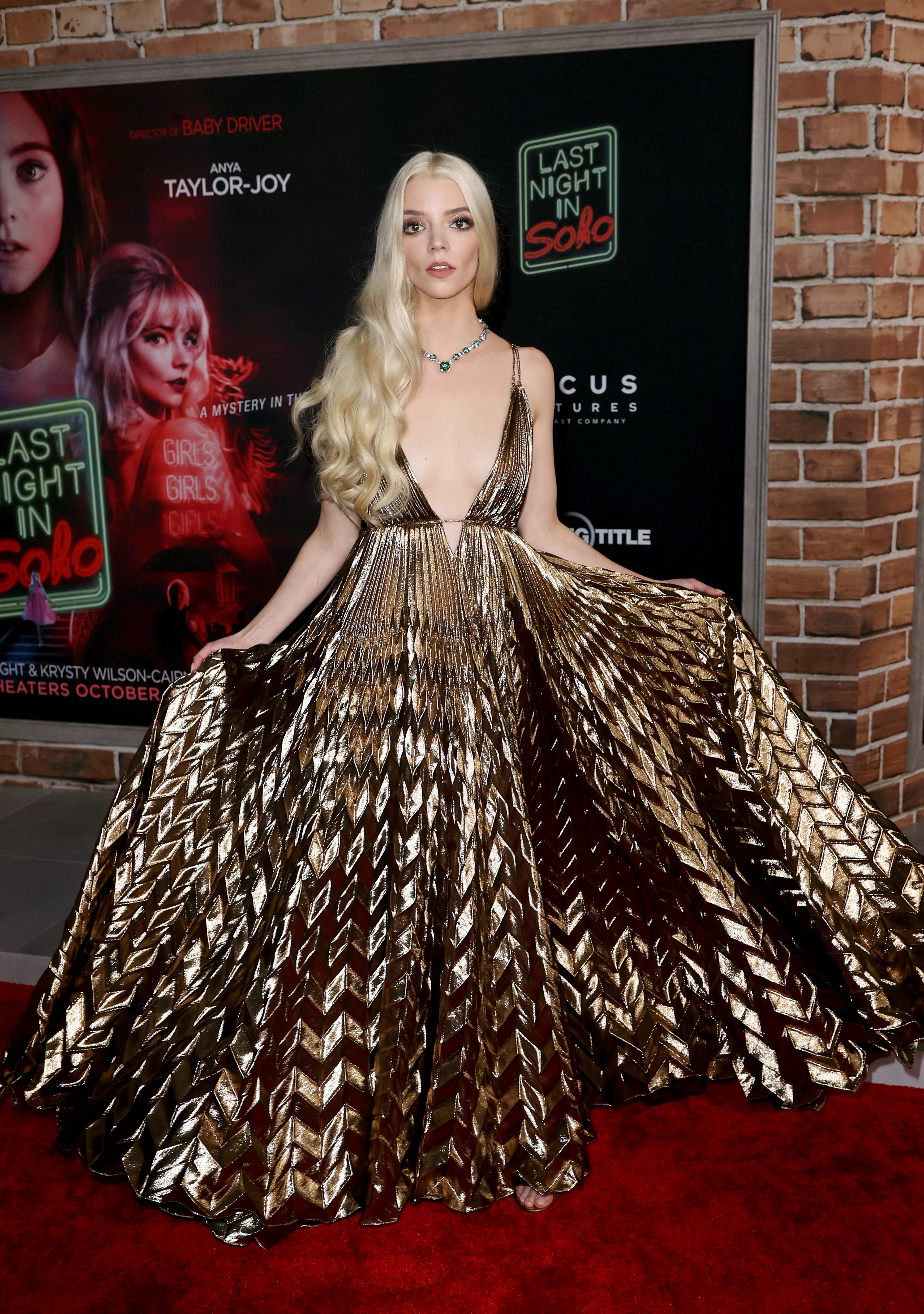 Also in attendance on the red carpet was supermodel Adriana Lima. Her strapless mini dress featured a melange of gold sequins with mustard tones which she paired with strappy heels, a sleek high ponytail and a glorious red lip. Anything can be a catwalk for this one, that's for sure. 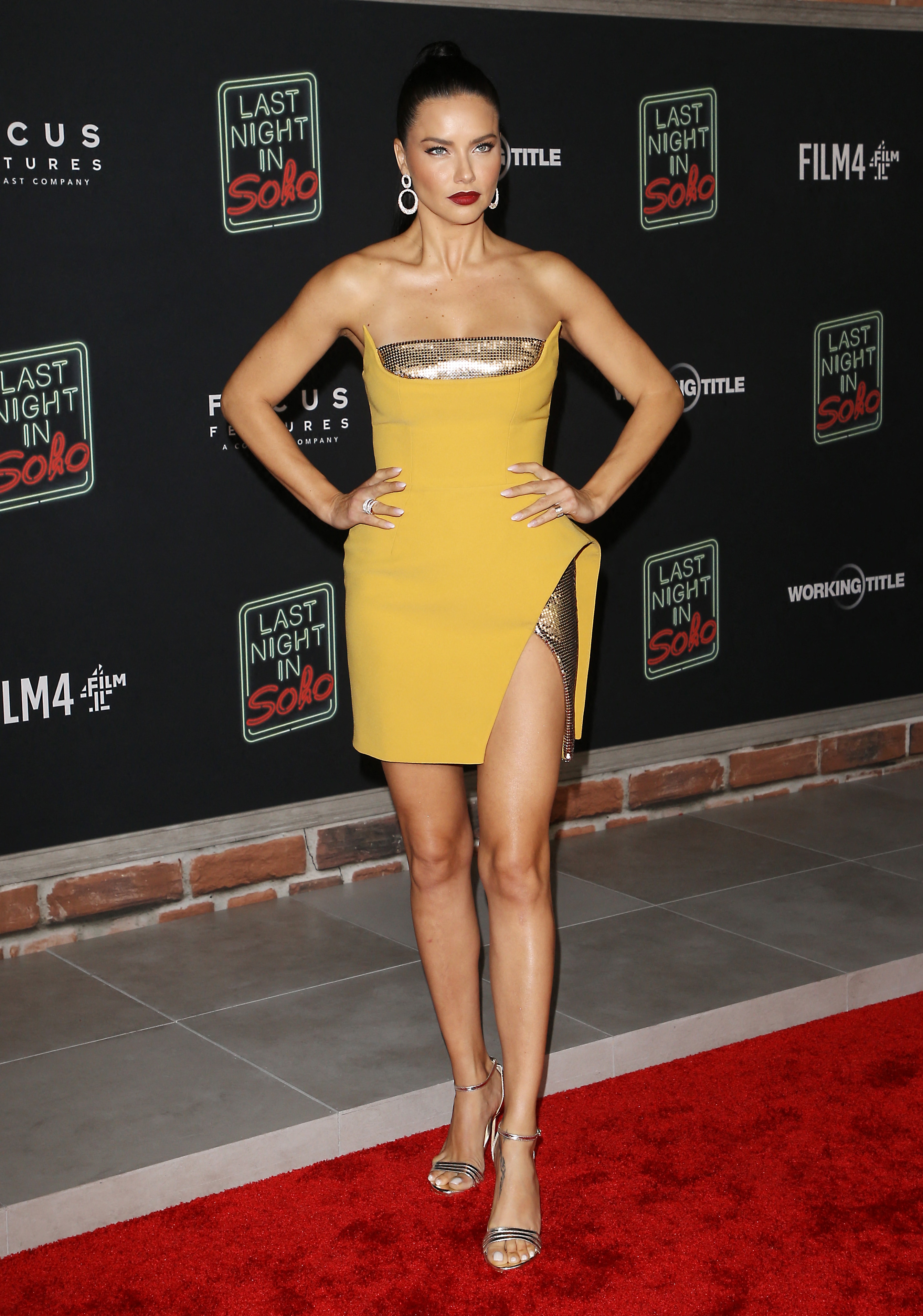 New Zealand actress Thomasin McKenzie also made an appearance. She wore a glimmery green dress of reflective paillettes which had a halter neckline, deep cut sleeves and a torso cutout in the centre which she wore with dainty jewellery. 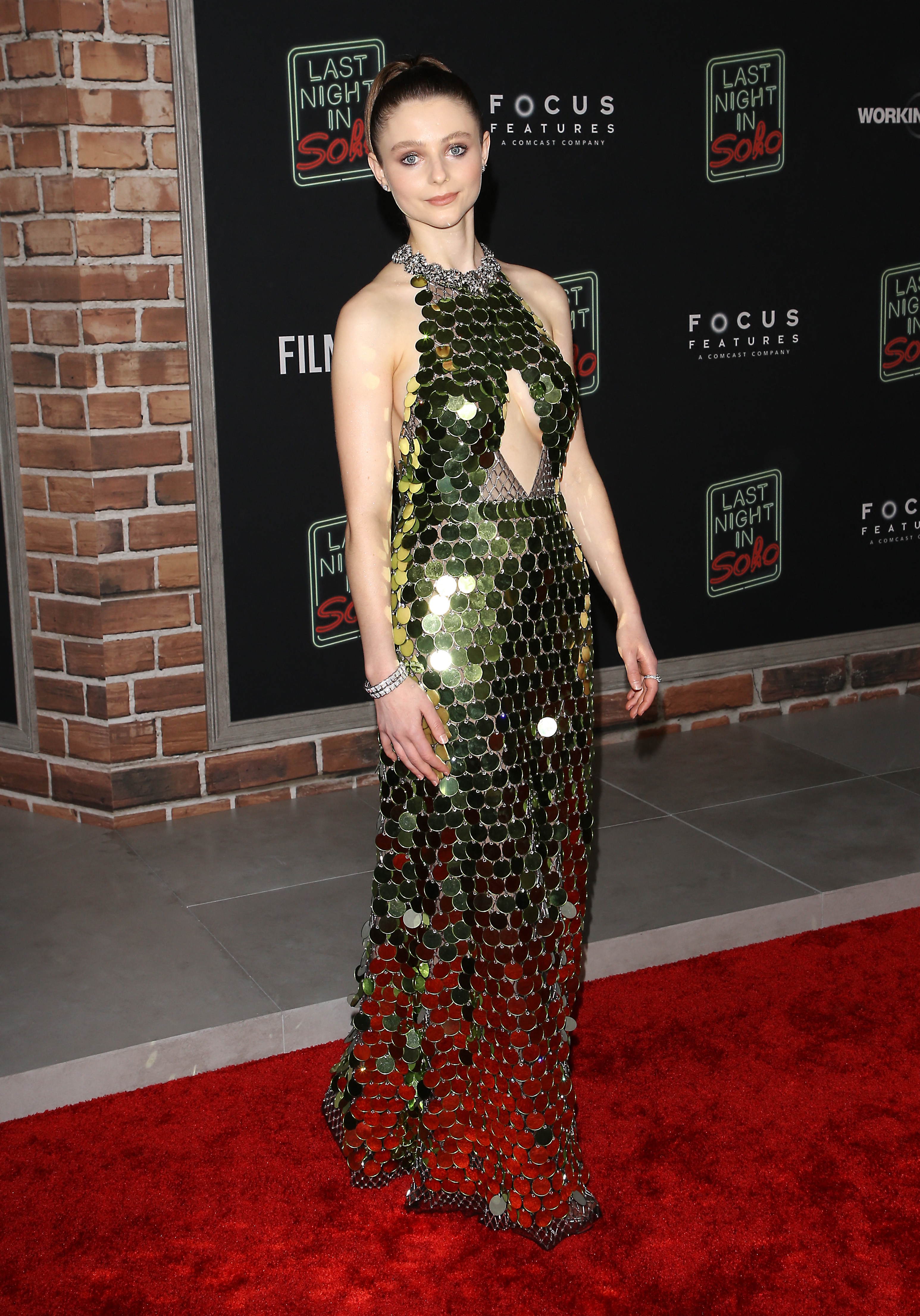 (Also Read: Anya Taylor-Joy Is Certainly Winning Many Hearts In Her Yellow Dior Gown At The Emmy Awards 2021)