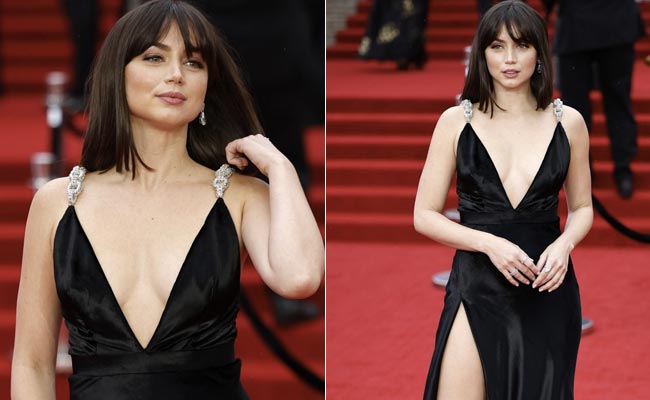 After a long gap of six years, Daniel Craig is back in action to solve his many missions as British spy James Bond in the latest installment, No Time To Die. But no Bond film is complete without its leading Bond girl and for the 25th in line, Ana de Armas bagged the role for this hit series. And so for the movie premiere at the Royal Albert Hall in London with many royals in attendance, Ana de Armas walked down the red carpet looking nothing less stunning than she already is. The actress stunned us all in a black custom Louis Vuitton number with a plunging v-neckline featuring glitzy chain straps embellished with beautiful rhinestones. Glitzy were also her drop diamond earrings that combined with her dress's chain straps, added just the right bling. She wore her hair in a chic brown bob with bangs framing her gorgeous face and minimal makeup because does she really even need it? 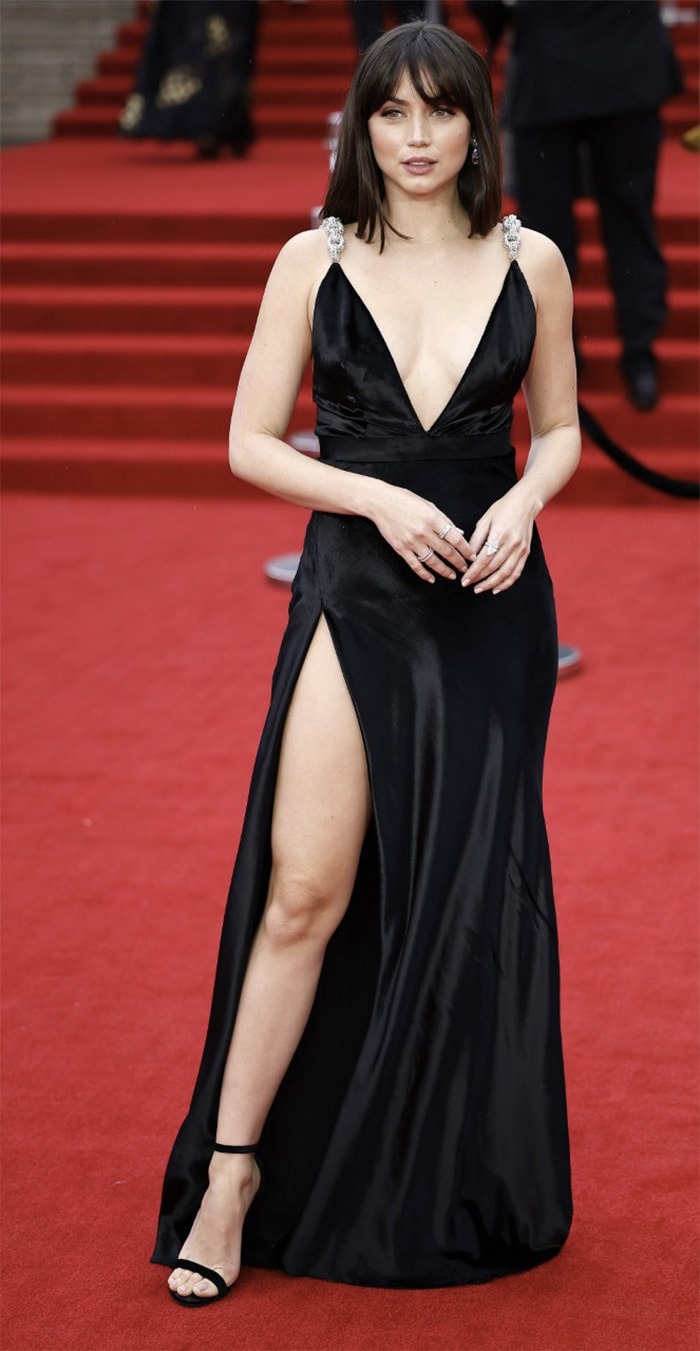 Ana de Armas at the No Time To Die red carpet in London
Photo Credit: AFP

Ana de Armas may have made her Golden Globes debut last year but her red carpet look was just the beginning of what was yet to come. She dazzled like nobody's watching in a glitzy tube gown by Ralph & Russo and the most gorgeous sapphires laid on her neck, thanks to Tiffany & Co. If we knew what was yet to come, we'd be better prepared.

This is not the first film Ana de Armas and Daniel Craig have worked on together. In 2019, they starred in Knives Out, at the premiere of which is when we assume she was decided to be crowned the next Bond girl. Why do you ask? Because when a woman decides to wear the tux on the red carpet, she surely means business.

Other attendees at the No Time To Die premiere recently were the Duchess of Cambridge Kate Middleton who resembled molten gold in the most gorgeous way possible, Daniel Craig, Rami Malek, Phoebe Waller-Bridge in a shimmery jumpsuit with a plunging neckline, Lea Seydoux and others.