Trisha Krishnan doesn't need much to make a fashion statement 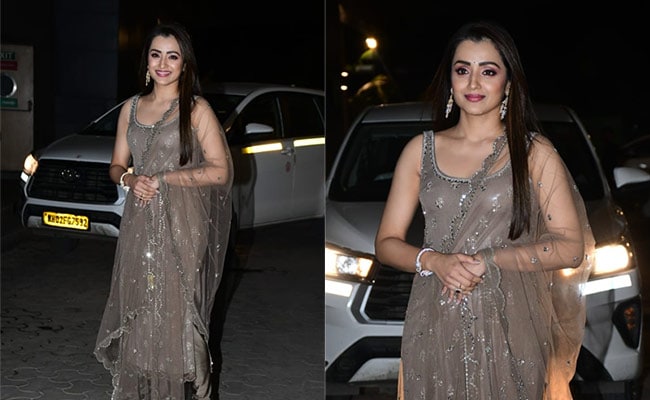 Trisha Krishnan looks radiant as ever

Trisha Krishnan is a natural beauty. We say that not because she looks incredible in the movies or at the rare red carpet event she attends. It's because she looks incredible even when she isn't doing any of that. With Ponniyin Selvan Part 1 set to release shortly, it's exciting that we get to see more of the actress off the screen as well. The actress attended a Ponniyin Selvan event in the city over the weekend which had the cast and crew in attendance. Trisha chose an understated salwar kameez suit for the event but even that was enough to see her radiance on display. 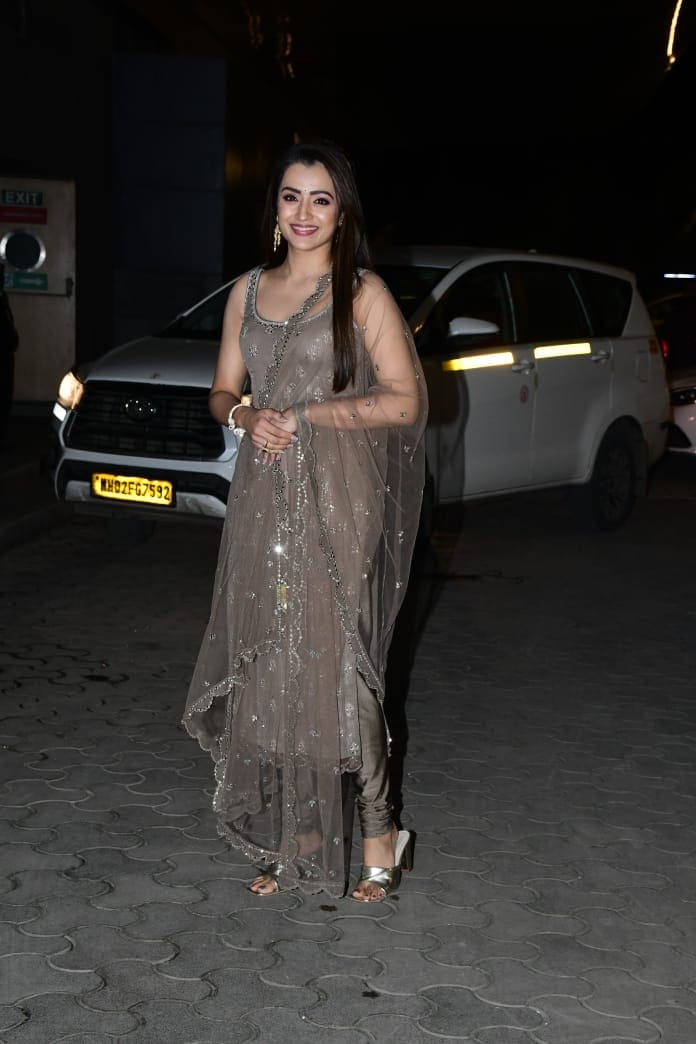 Trisha Krishnan in the city

Trisha opted for a taupe toned salwar kameez that definitely added a bit of dazzle to our days. It comprised of a sleeveless taupe coloured kurta which had a scooped neckline. She draped a sheer dupatta over her shoulder which had scalloped trimming and mirror work embellishment all over it. Completing the set was a narrow pair of trousers which bunched around her ankles. Dangling earrings and metallic heeled mules completed it without taking away from the outfit. 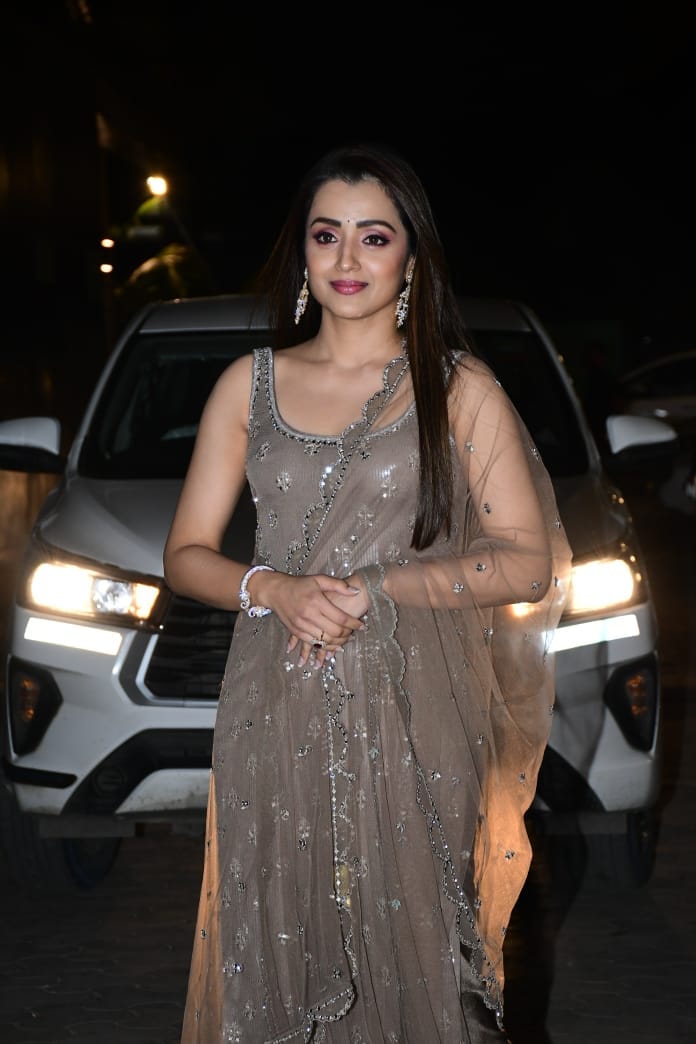 She beamed radiantly as she was snapped by photographers. While her straight hair was worn down on her shoulders, Trisha sported a glowing makeup look with darkly defined eye makeup. With a plum lip, dark brows framed her face while a small bindi dotted the centre of her forehead. Bring on more from where those came, Trisha because we're waiting.