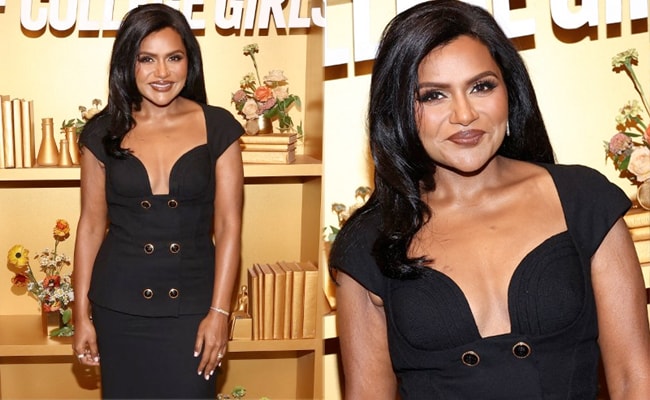 We've seen black dresses in plenty. Some feature cutout details, others are crossed at the neckline. Some are shorter than others, while the others have ruffles and flowing trains. But we're not here to talk about black dresses. Instead, it's the black skirt suit that Mindy Kaling has us talking about. The Indian-origin actress and comedy queen attended the season 2 event of The Sex Lives Of College Girls and skipped the black dress in favour of a snazzy skirt suit instead. What stole the show was the blouse she had on; a sculpted neckline and capped sleeves were accented with buttons down the front. Mindy wore it with an ankle-length column skirt, also in black. Tying it all together were black pointed pumps and jewellery on her wrists. 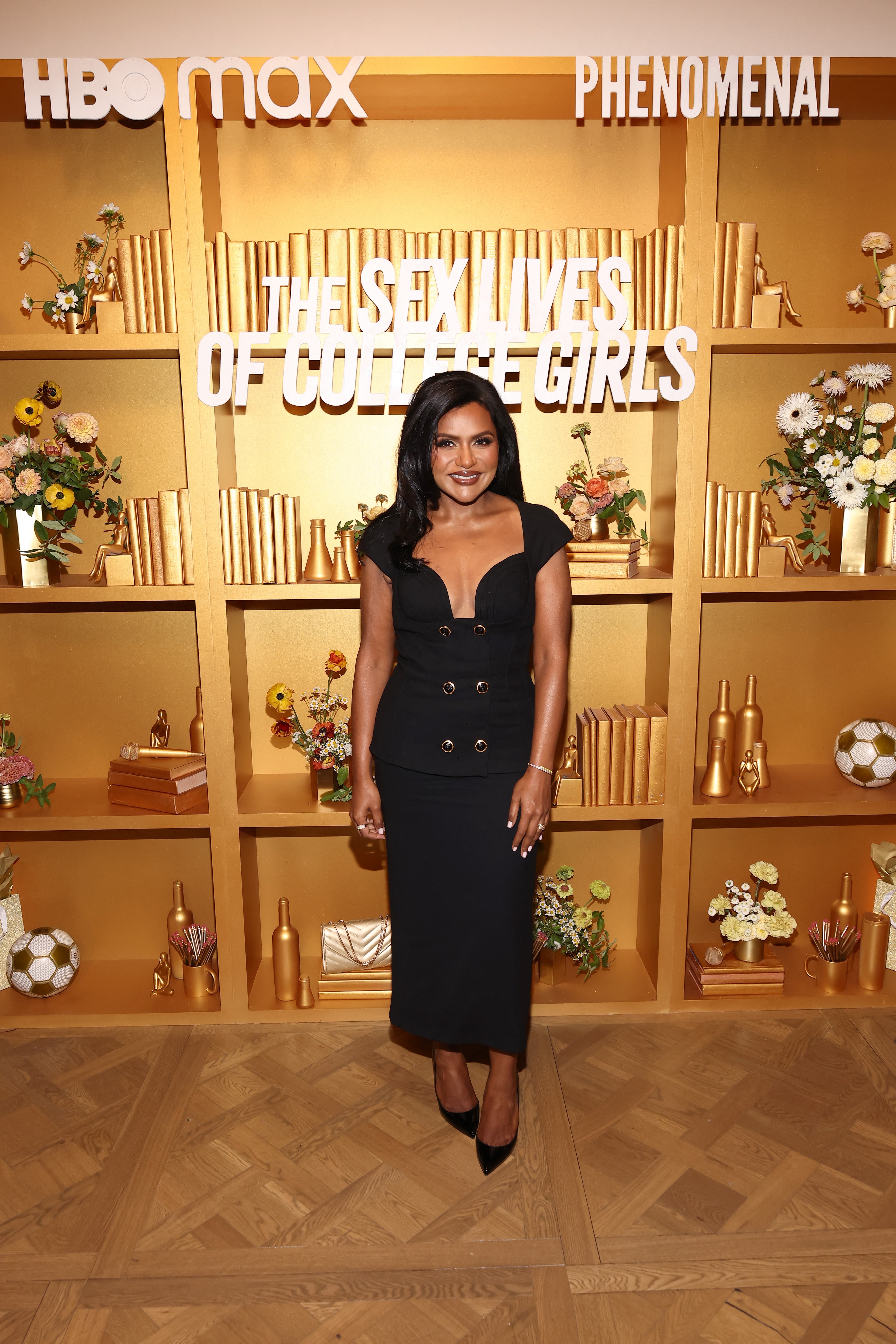 While Mindy's jet black hair was swept to the side, her matte-finished complexion featured touches on bronze on her cheeks with fluttery lashes, framed brows and a glossy brown lip to cap it off. 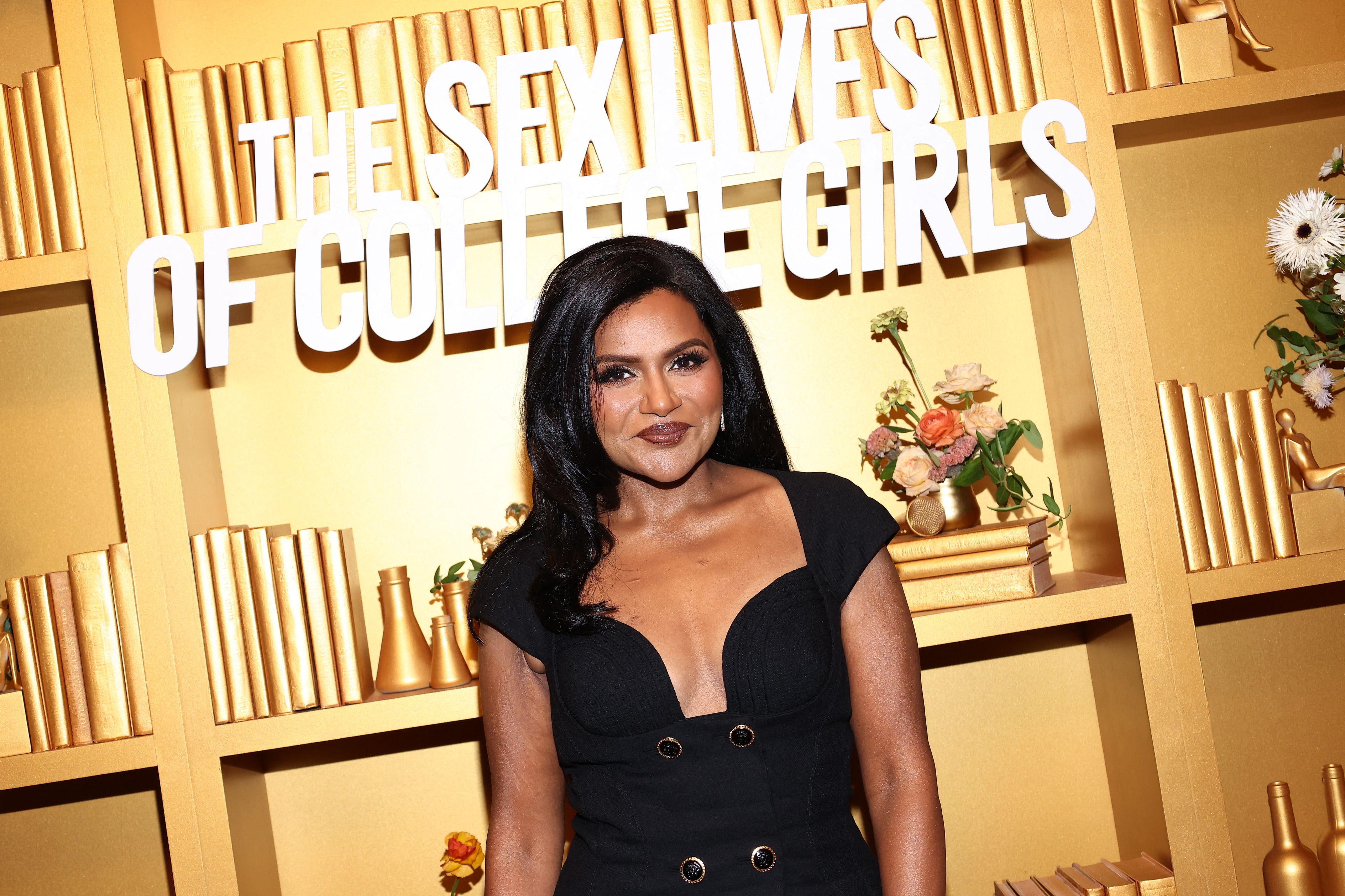 Previously, Mindy has taken to the red carpet wearing a short suit in black as well. This one included a cropped black blazer with jewel-encrusted bows across the shoulders. Added to it were high waist black shorts and black pumps on her feet. Mindy rounded it off with a bow-accented black clutch in her hand as well. Mindy Kaling wears every kind of suit to perfection and that's just a fact. 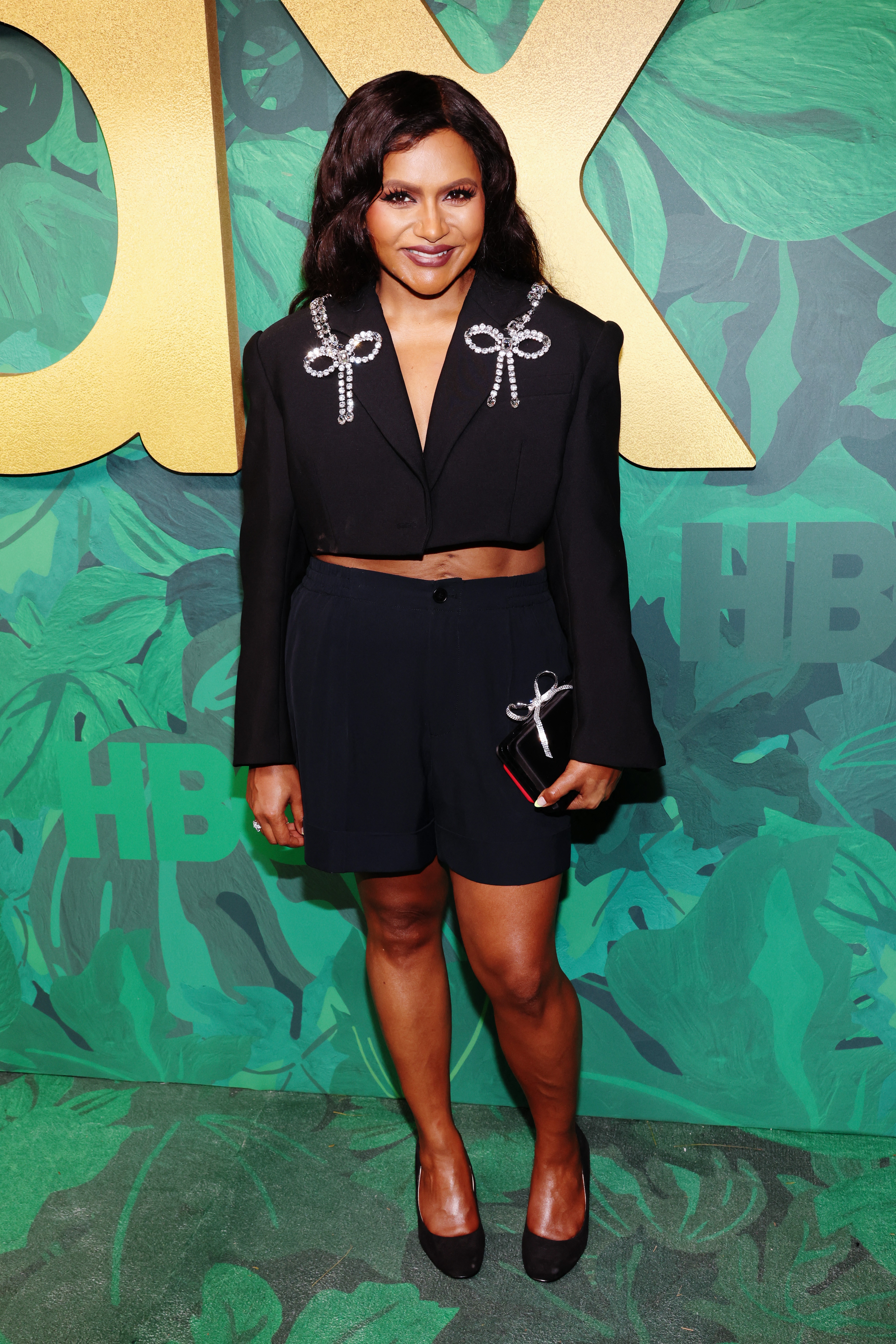