From Kim and Khloe Kardashian to Bella and Gigi Hadid, these sisters came serving looks in similar fashion at the Met Gala 2022 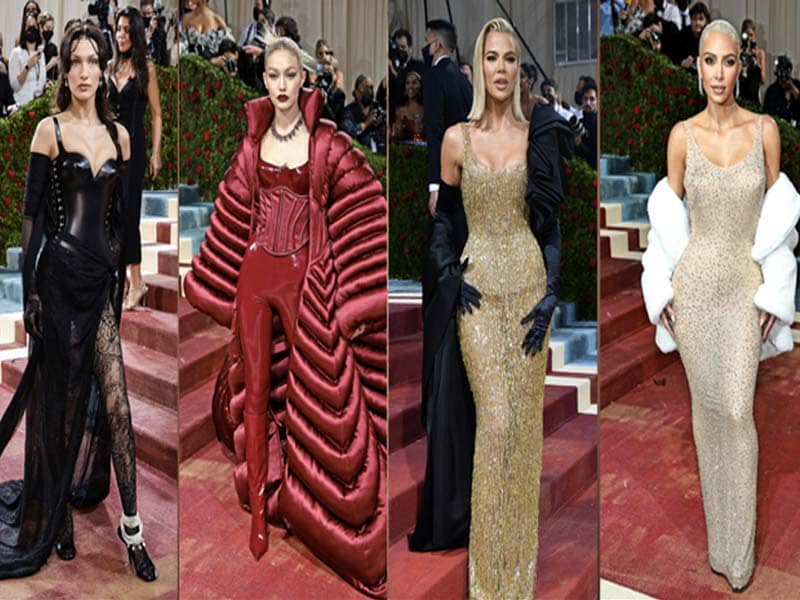 These sister duos were incredibly dressed to set sibling goals

For the first time, all the Kardashian-Jenner sisters graced the red carpet at the Metropolitan Museum of Art in New York City for the 2022 Met Gala together. The theme for this year's event was “In America: An Anthology of Fashion”, and it encouraged guests to dress in “Gilded Glamour”, and the reality TV family was up to the task. The sisters had never attended the Met Gala together before. Apart from the Kardashian-Jenner sisters — Kylie Jenner, Kendall Jenner, Kim Kardashian and Khloe Kardashian — the Hadid sisters — Bella and Gigi — too brought versatility to their style statements and experimented with looks that turned heads on the red carpet.

Kylie Jenner wore a white ball gown from Off-White, with a matching cap. Her outfit had mesh detailing and a sweetheart neckline. The beautiful number also came with elaborate ruffled detailing, making it stand out. Kylie enhanced her look with long dangler earrings, and left her hair left open. 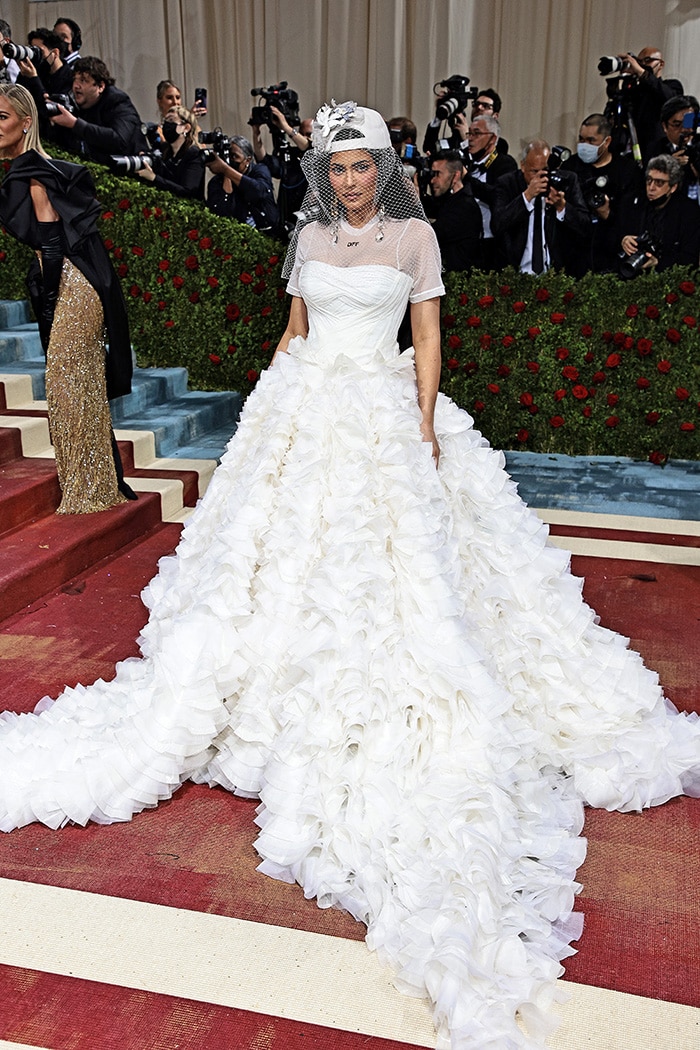 The Yin to her Yang, Kendall Jenner grabbed eyeballs in a sheer black frothy gown from Prada with a mesh bodice. We could also spot some floral embellishments. She teamed it with a high-waisted black satin skirt that had ruffled designs. Kendall completed the look with drop earrings and minimal makeup. 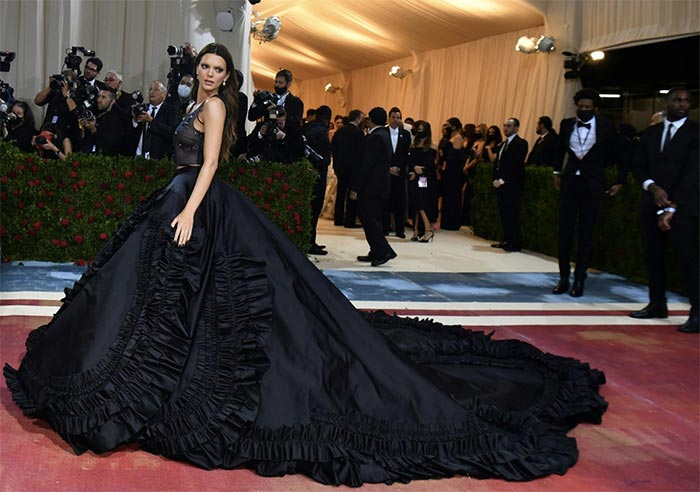 Kim Kardashian showed up in a bodycon number that let her flaunt her curves. She turned heads as she wore a piece of America's history — Marilyn Monroe's iconic “Happy Birthday, Mr President” dress designed by Jean Louis complete with a fur throw on top. Marilyn Monroe had worn the dress in 1962 to sing “Happy Birthday” to then president, John F. Kennedy. The form-fitting gown was adorned with more than 6,000 hand-sewn crystals. Kim also showed off her newly-bleached hair in true Marilyn style. 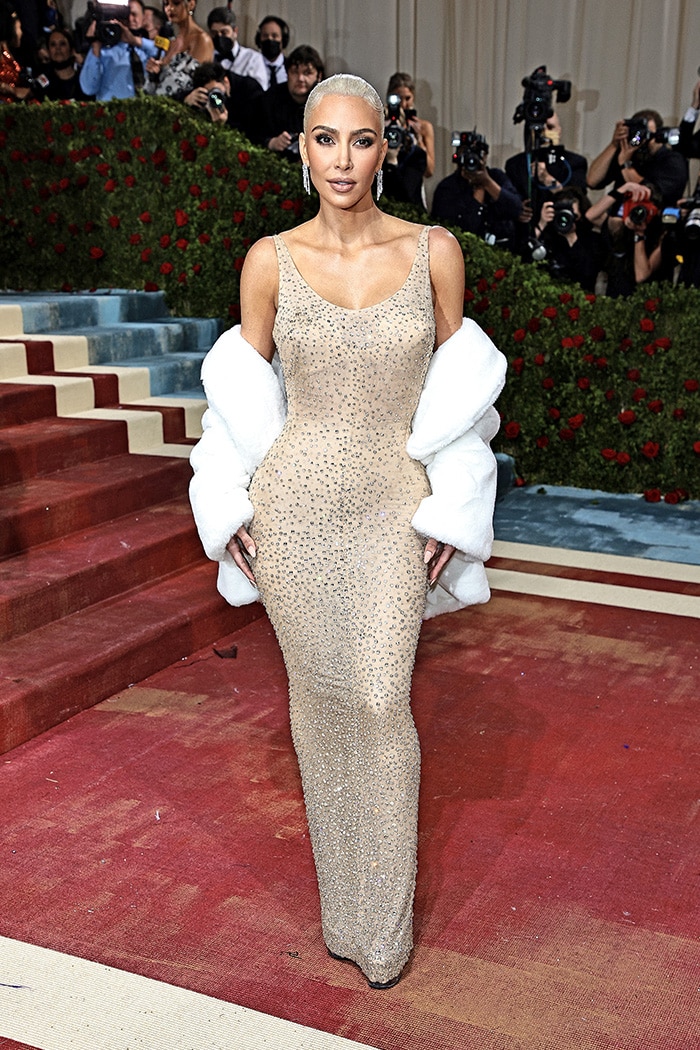 Khloe Kardashian dazzled in a glittering gold floor-length Moschino gown and appeared like a true-blue fashionista. Khloe personalised the dress further with the addition of black gloves with extra fabric, which also added to the dress's drama. She glammed it up with defined brows, kohl-rimmed eyes and a dash of nude shade for her lips. It may not have been a Marilyn-moment, but it was definitely an almost-twinning moment with sister Kim Kardashian and a winning start as a debut for the reality television star. 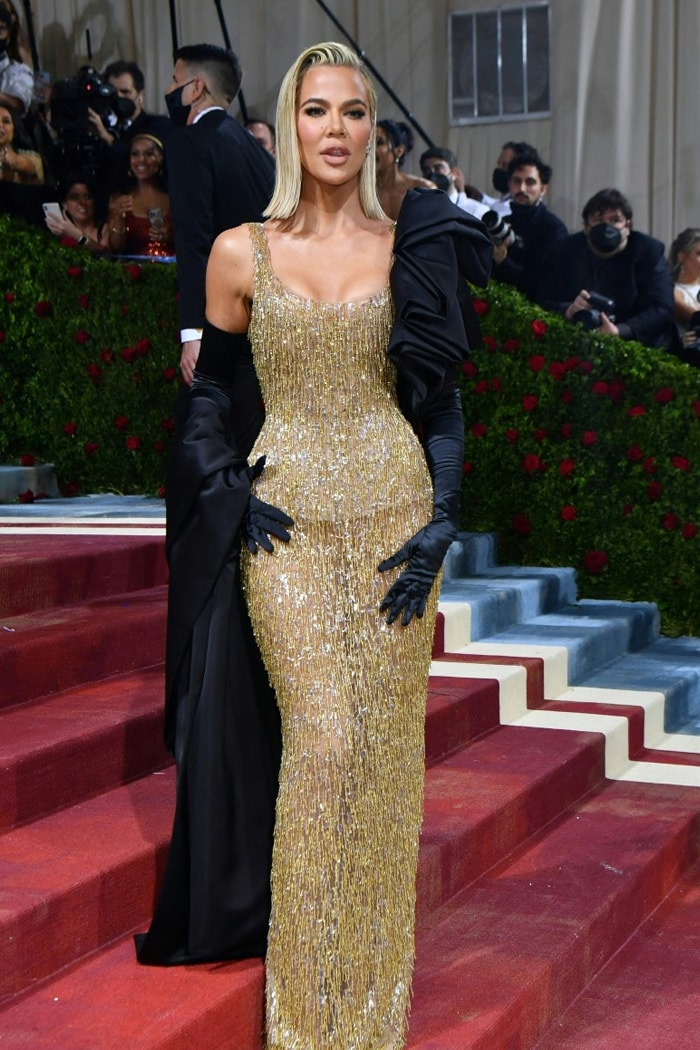 Sisters Bella Hadid and Gigi Hadid appeared in attention-grabbing leather outfits. Bella opted for a custom Burberry sculpted black corset with a black lace skirt and gloves. The supermodel also picked black floral stockings alongside. Her outfit had extensions and a plunging neckline. A rather softer, daintier version of Giga Hadid's outfit, basically. 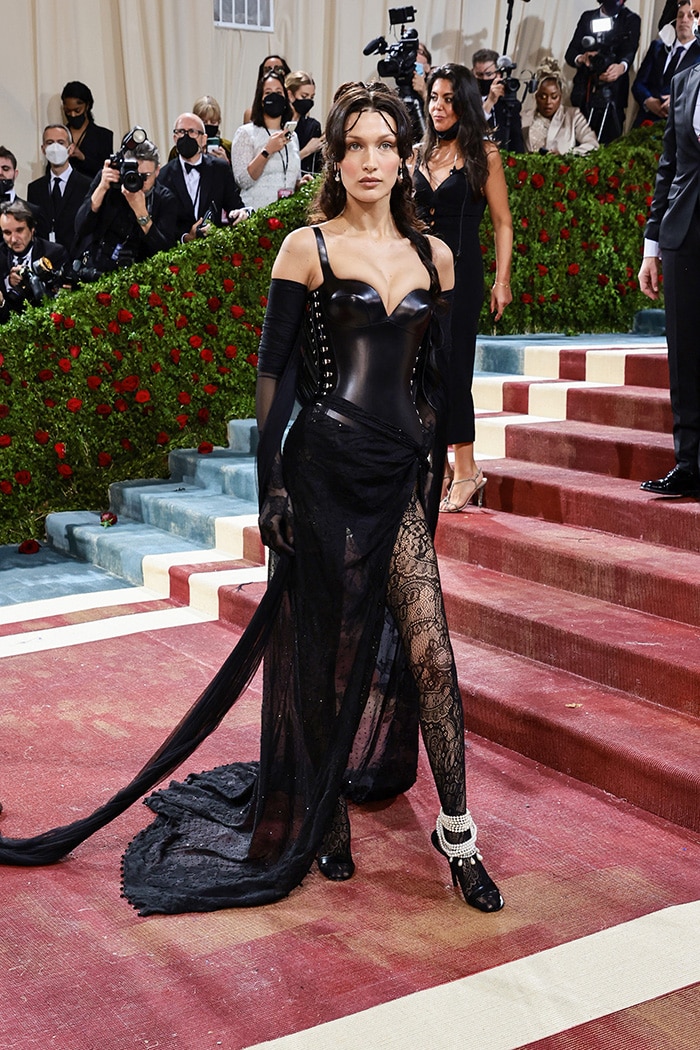 Gigi Hadid stood out in a red corset jumpsuit by Versace and a giant matching maroon cape jacket. We just couldn't take our eyes off her. She rounded off her monochrome look with knee-high boots and bold crimson lipstick. 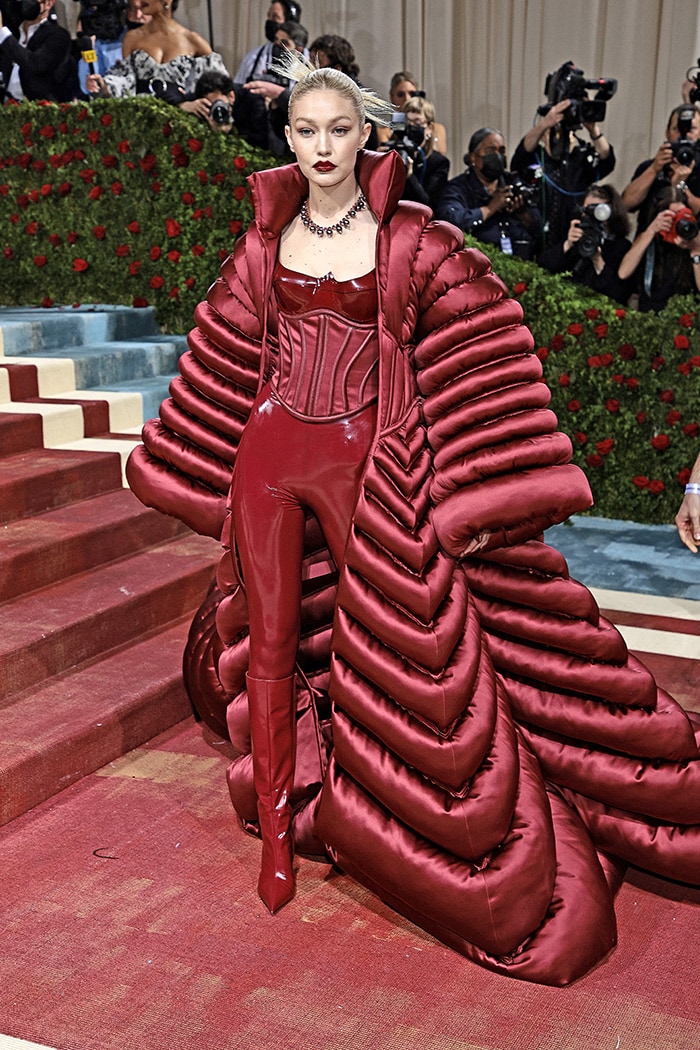 This year's Met Gala theme was a reference to America's Gilded Age, which lasted from the 1870s, through to the 1890s. As a result, the event was glitzier than before, with a variety of textiles, an abundance of fringe, bows, ruffles, and other ornamental embellishments on display on the red carpet.