In two looks, she's certainly making a case for the sweatshirt 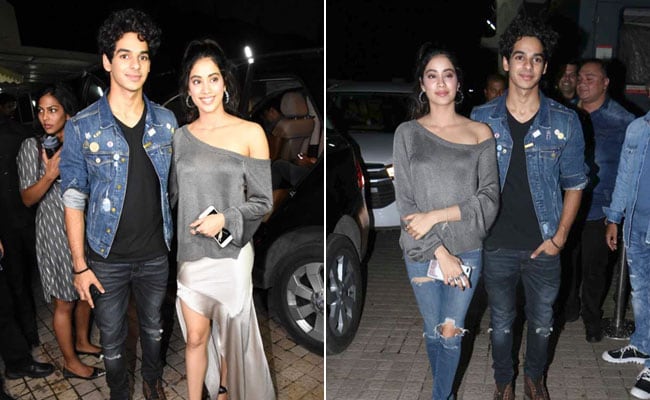 It's D-Day and by that we mean Dhadak day. The run up to the highly anticipated movie has been an exciting one; to see Janhvi Kapoor's Bollywood debut, her pairing with Ishaan Khatter and also, her next style spotting. Although she may be an acting newbie, the daughter of Boney Kapoor and Sridevi isn't, by any means new to Bollywood's style circuit. Janhvi used the promotional rounds of Dhadak efficiently to showcase her polished sartorial sense while discussing her debut.

In one appearance after the next, Janhvi made us sit up and take notice in refreshing Indianwear and chic dresses. Last night's final promotions and movie screening could be considered the climax and the actress didn't disappoint.

For the first half of the evening consisting of promotions, Janhvi chose a luxe grey sweatshirt from Michelle Mason worn off the shoulder. She paired this with a slinky silver satin skirt, also from the designer, with an asymmetrical slit and train that ran behind her. This was completed with a pair of black fur sandals, shimmery eye makeup, large hoop earrings and an updo. 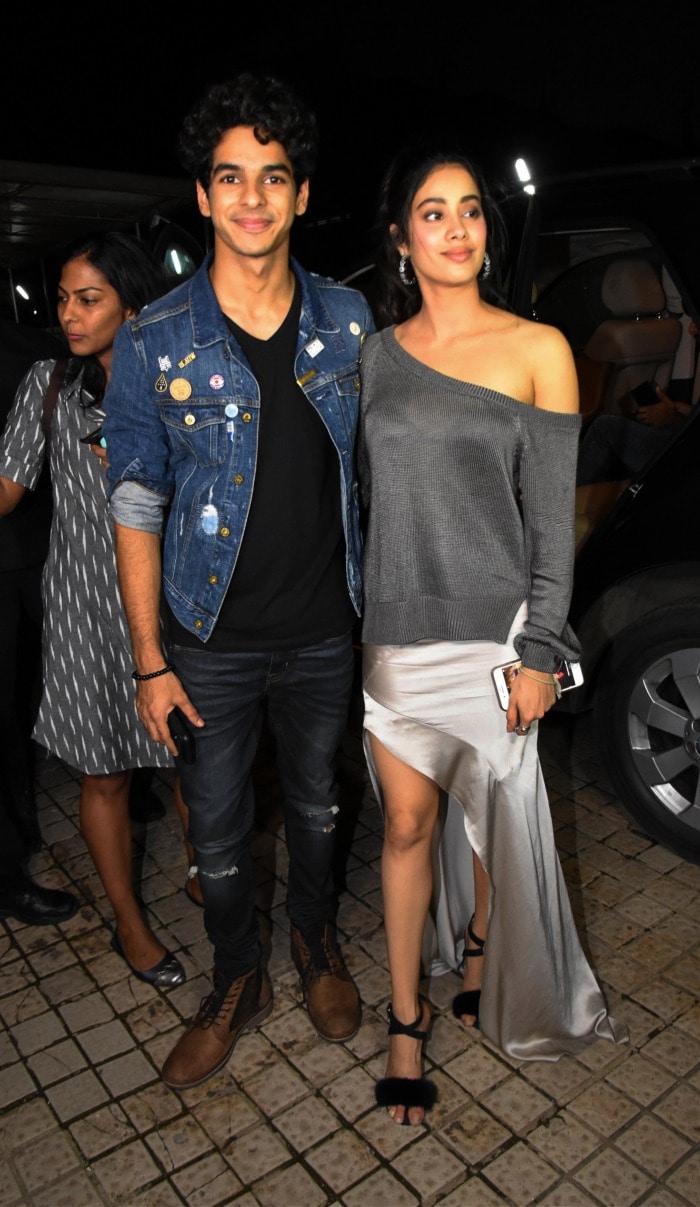 Later for the screening half of the evening, Janhvi switched her skirt for a more casual look. While the rest of the outfit stayed exactly the same, in place of the skirt she wore a fitted pair of lightly ripped blue jeans. While her first look's unusual pairing and overly long train was a rare miss for Janhvi, her second made up for it. The sweatshirt, still a strange choice for humid Mumbai, worked better in Janhvi's casual chic look. We've got to give it to the girl for turning the sweatshirt into a versatile pick. It may not have got as many takers as most of her other looks but she certainly taught us a thing or two about making the sweatshirt a hero piece in the closet.