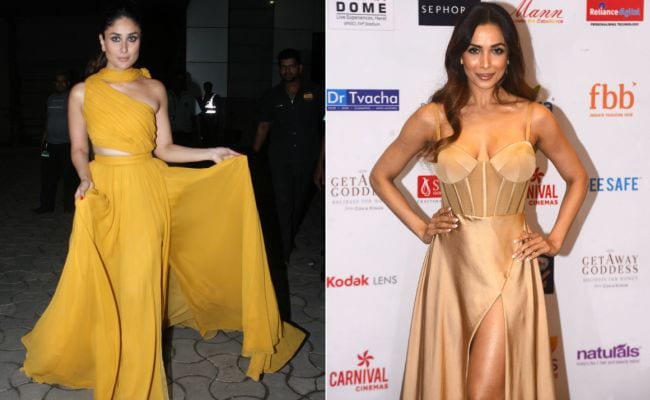 The 55th edition of Femina Miss India 2018 pageant was held last evening in Mumbai, and as always it was a glamorous and star-studded event. This year, among the 30 contestants, the winning title was bagged by 19-year old Anukreethy Vas from Tamil Nadu, while Meenakshi Chaudhary from Haryana was crowned the first runner-up and Shreya Rao Kamavarapu from Andhra Pradesh secured the second runner-up position. The grand ceremony was hosted by Karan Johar and actor Ayushmann Kurrana, and the evening saw spectacular performances by Madhuri Dixit, Kareena Kapoor and Jacqueline Fernandez.

The Bollywood stars who attended the beauty pageant arrived looking their stylish best in showstopping designer gowns. In the list of best dressed celebs at the event, our first pick is none other than Malaika Arora. The Bollywood style icon wore a nude tone, custom-designed Manish Malhotra gown and instantly stole all attention. Although the choice of colour was understated, but the corset-like design with sheer detail at the midriff and thigh-high slit added all the oomph to her dress. 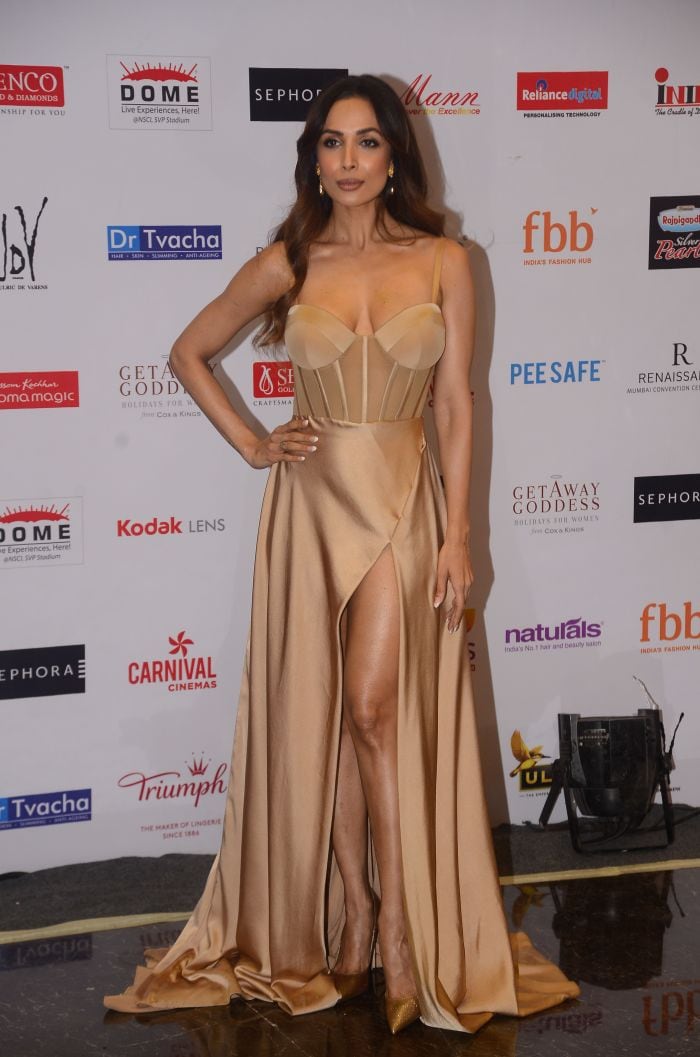 When we talk about style, how can we miss out Kareena Kapoor? At the beauty pageant, we got to see Kareena in two completely different but ultra glamorous looks. For her performance, Kareena wore a custom-made outfit by Manish Malhotra and channeled her rockstar vibe. The bustier top was embellished with gold studs, which she teamed with a crop jacket with multi-coloured fringe detail and a pair of black tights with metallic seams on the side.

Later she changed into a stunning canary yellow gown by designer Prabal Gurung and looked every bit the diva that she is. The floor sweeping gown had a tie-up detail at the neck, one shoulder cut and thigh high slit. 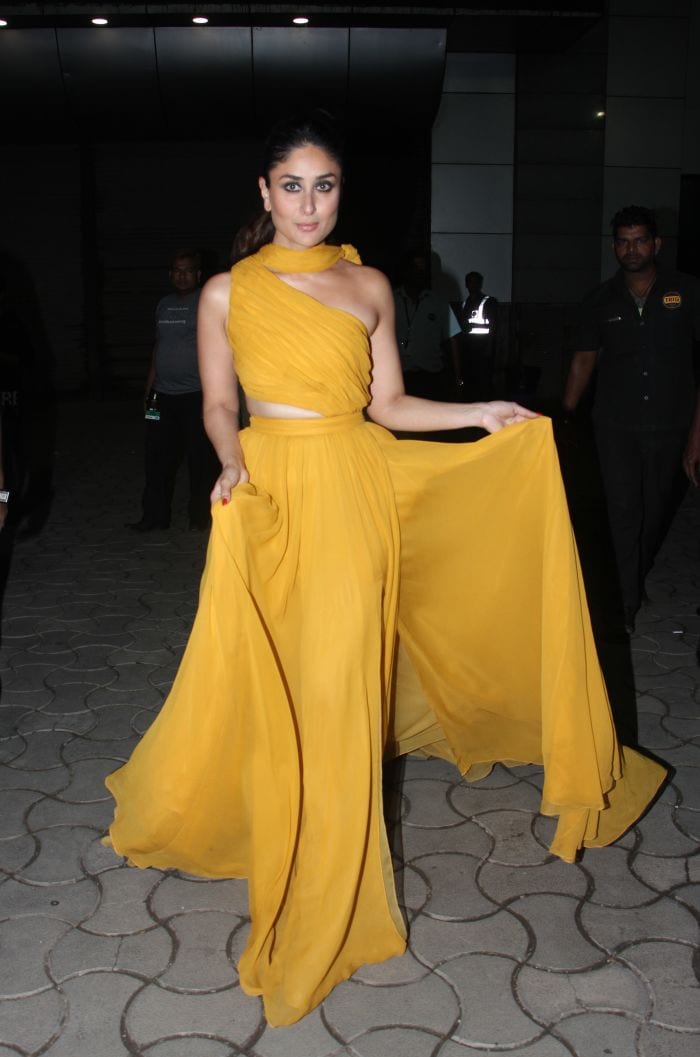 Neha Dhupia opted for the classic black hue, and wore a gorgeous gown by Shantanu & Nikhil that featured a plunging neckline, embellished waist panel and excessively flared cut. She teamed it with chunky gold jewellery and sported a high bun to look chic. Neha Dhupia was the mentor for the Miss India contestants for the North Zone. 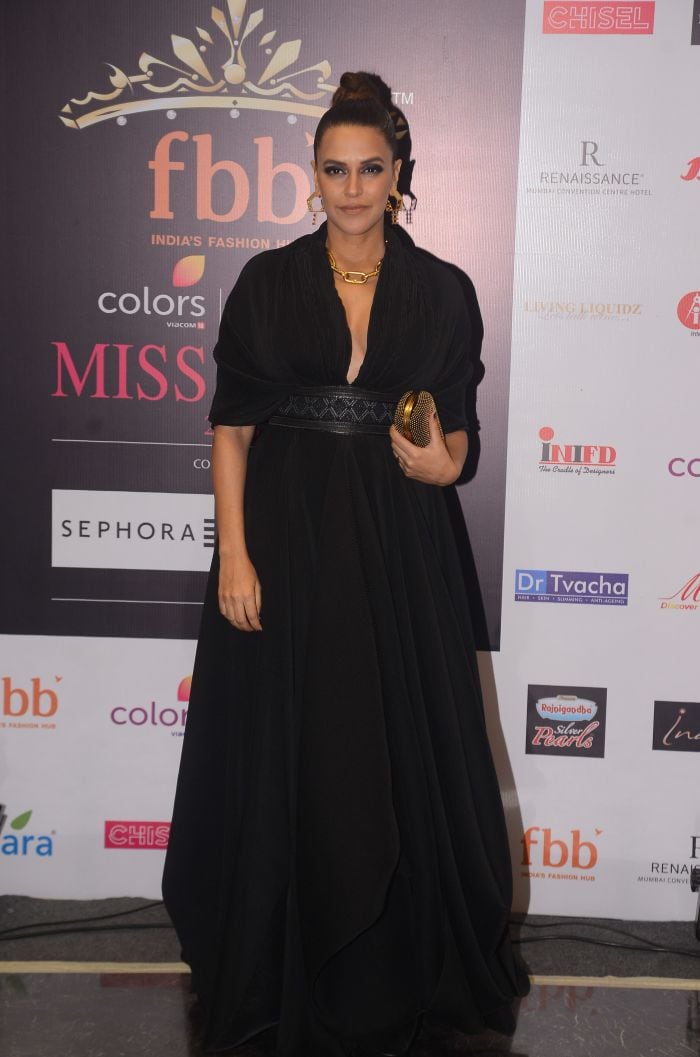 Manushi Chhillar looked like a princess in a sparkly silver gown by designer Michael Cinco, which had a dramatic train, a thigh high slit and heavy embellishments all over. To complete her look, she teamed it with diamond jewellery while styling her hair in loose curls. 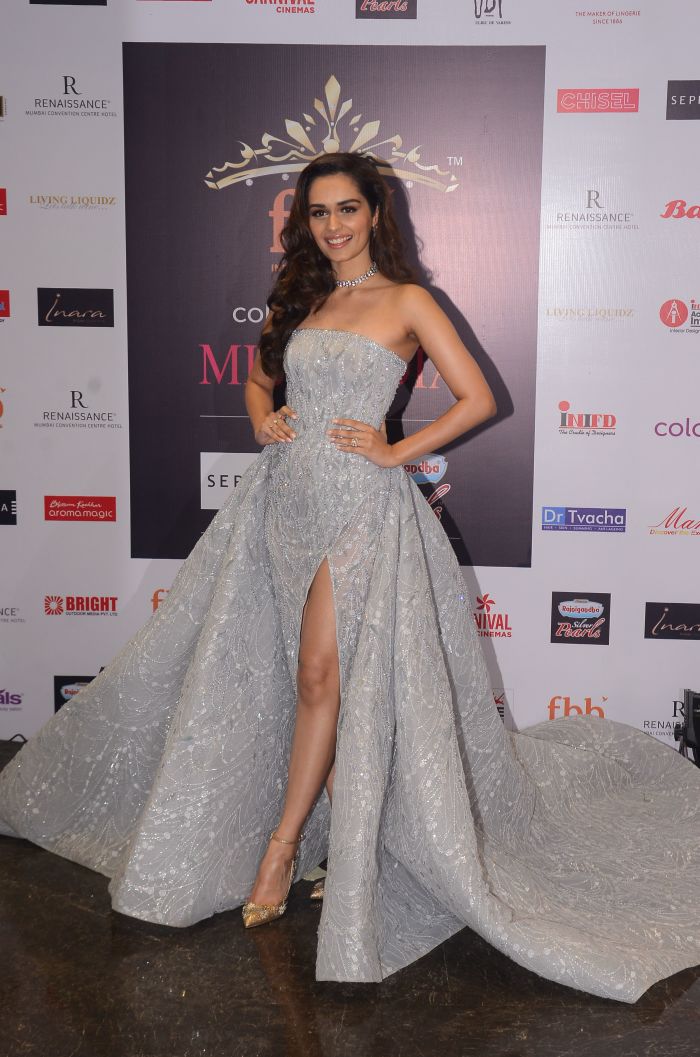 Jacqueline Fernandez, who was performing at the pageant, looked like a beauty queen in a shimmery bodysuit in maroon and pink, which she teamed with a high ponytail and a chic crown. 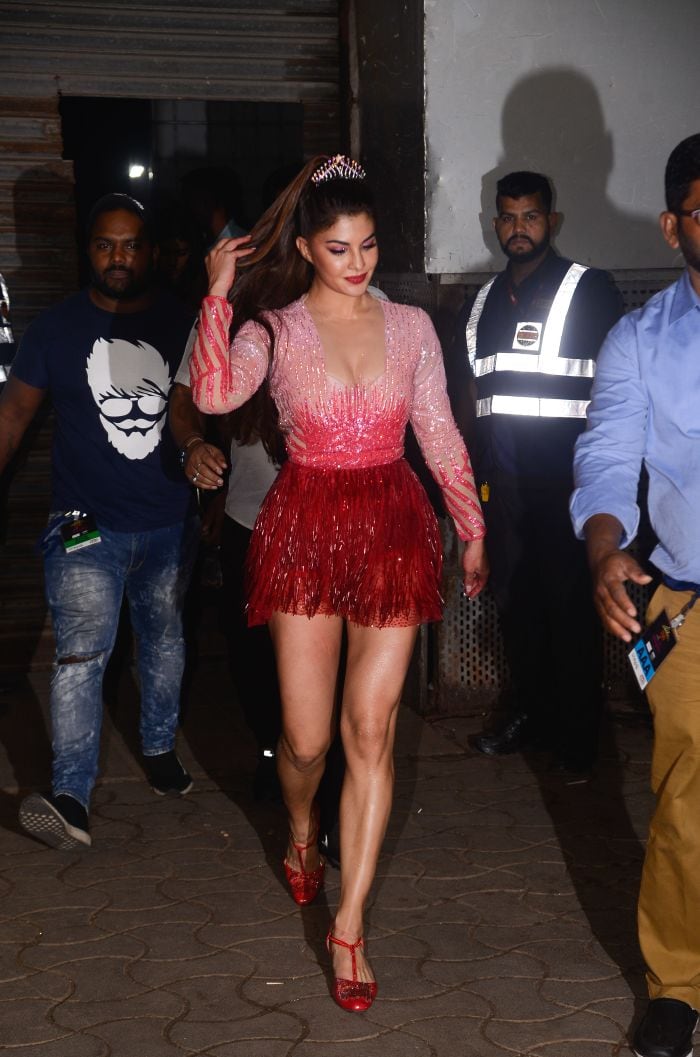 So which celebrity look was your favourite?