Kiara Advani Is Fresher Than A Monsoon Day In A Tie-Dye Cowl Neck Dress With A Rs 4.2 Lakh Green Lady Dior Bag The monsoon season isn't all doom and gloom. Sure the sunshine may be hidden away behind the clouds but that doesn't mean it lacks in colour. There's the green of the foliage, white of the clouds and the blue of the puddles; so you can't exactly say that rainy days are devoid of hues. In fact, we think days like these inspired Kiara Advani to dress up in her latest outfit. The Bollywood actress was snapped by the paparazzi in the city and chose a delightfully chic and minimal outfit to wear for the day. 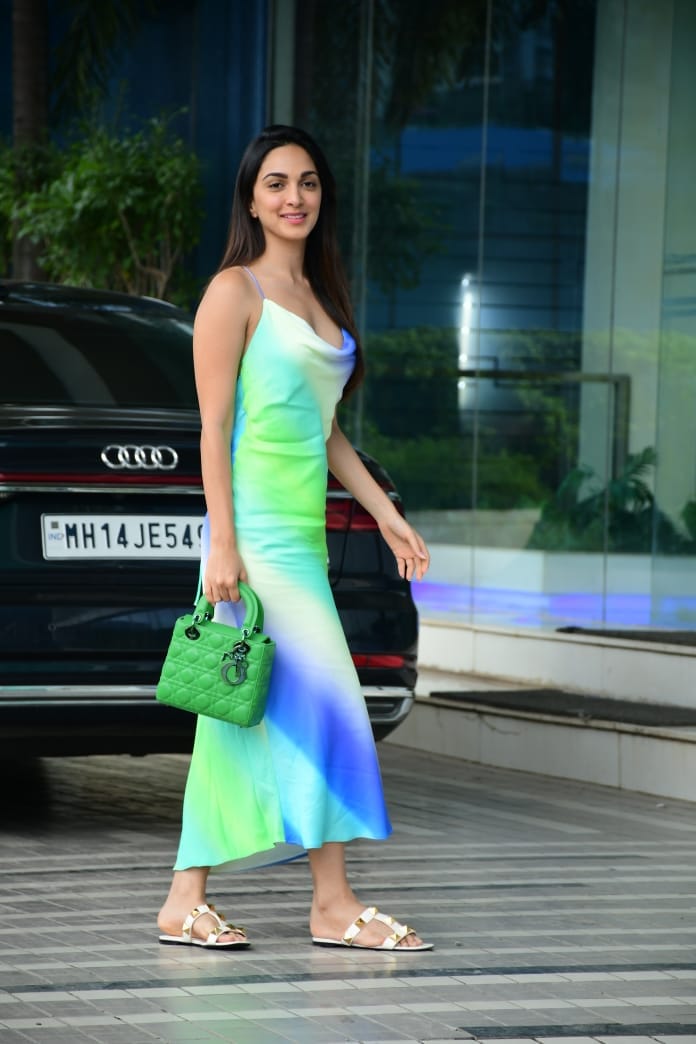 Kiara wore a midi dress which featured thin straps which had a length that reached her calves. The dress came with a cowl-style ruched neckline and it had a tie-dye print in monsoon-ready shades of blue and green over a white base. She wore white studded sandals with the outfit for that breezy touch. Her bare face and straight hair worn down were in tune with the outfit. But it wouldn't be a celebrity outfit without a designer touch, now would it? Kiara ensured that was so. 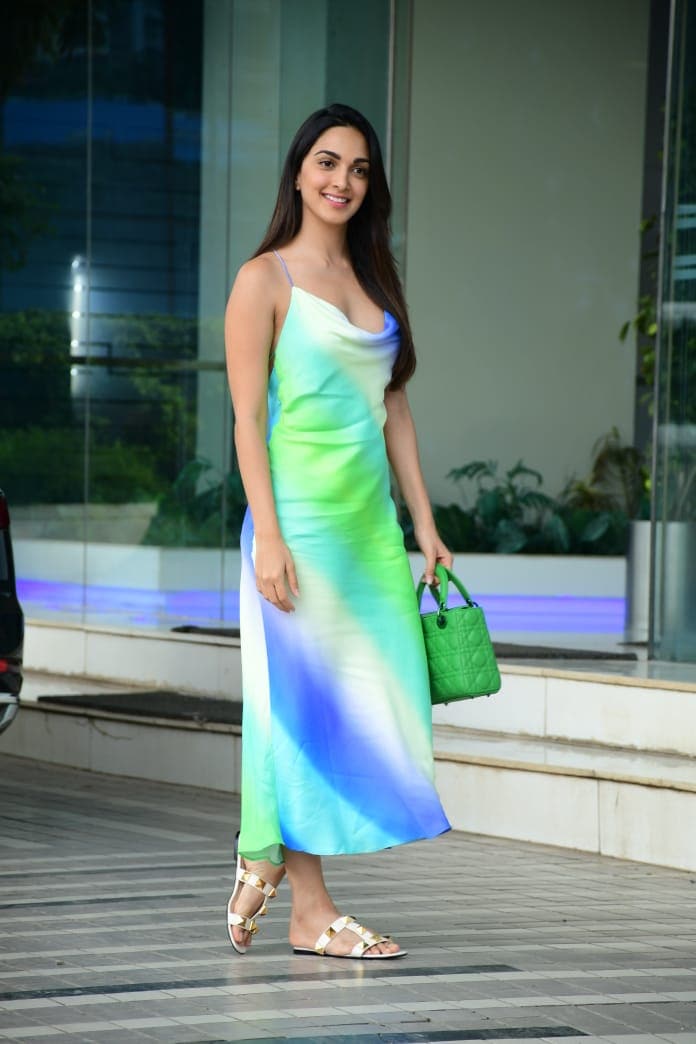 The actress teamed her dress with a Lady Dior purse in bright green, which she held by the handles. An iconic selection from the French fashion house, the Dior bag featured charms at the handle in a glorious green shade that went beautifully with her outfit. The bag costs approximately Rs 4,20,000 but for Kiara, that's a price worth paying when you slay this good on a monsoon day.