What better way to celebrate in the fashion capital than with a designer look like Malaika Arora! 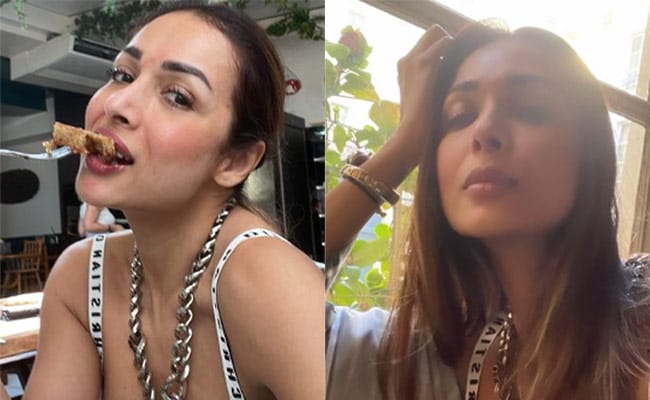 We may be thousands of miles away from Europe but we're living vicariously through Malaika Arora and her delightful photos. The Bollywood celebrity was holidaying in Paris with beau Arjun Kapoor recently and gave us the complete French experience. After giving us a glimpse of her gorging on French fries with a rouge tipped manicure and showing us her Parisian chic beauty while on holiday, she couldn't miss out on French fashion, now could she? Malaika posted a couple of photos of herself nibbling at French toast but it was her outfit we were gawking at. She picked a white Christian Dior bralette which featured monogrammed straps and cost approximately Rs 78,000. Malaika wore a chunky silver necklace and bracelet to accessorize the look. We can see that she also has a tinge of colour on her cheeks, fluttery lashes and rose tinted lips on. What better way to celebrate in the fashion capital than with a designer look like Malaika Arora has on! 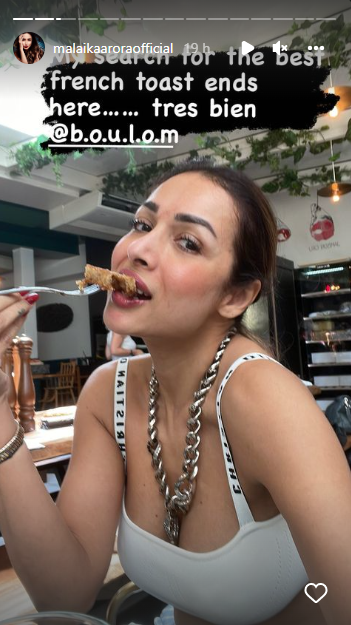 Previously, she posed in front of the Eiffel tower in yet another black and white bralette. This time it was an Off-White printed piece which she wore with a green oversized blazer and slouchy pants. Sunglasses, a high bun and red lip were her finishing touches.

The French are known to keep it minimal yet chic and that's just what she did when lunching with Arjun. With a large pair of black sunglasses, she wore a white shirt and a sleek bun in her hair. Seeing how good she looked, it seems like he followed suit.

(Also Read: Malaika Arora In Paris Says "Eiffel Good" And She Looks Good Too In A Bralette And Pantsuit)