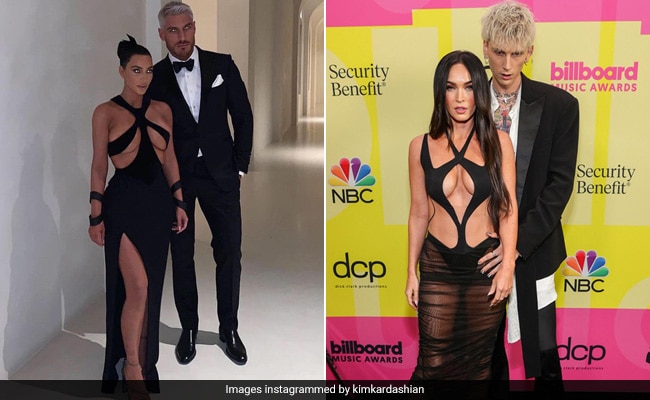 Hollywood is out for a musical celebration and that calls for their party outfits on display too. The Billboard Music Awards 2021 was the perfect break from reality and call us liars if we're ever caught saying that Megan Fox didn't attract all the attention. Megan Fox in a rather risqué Mugler outfit left little to one's imagination in the cutout dress with a sheer bottom too. If your devices experience heating up then excuse us for making matters worse since one look at Megan Fox's look and we're reminded of Kim Kardashian's Mugler outfit from the 2019 Hollywood Beauty Awards. Both these beauties wore major torso revealing cutout dresses with plunging necklines, that we can only imagine these Hollywood hotties to have such a show-stopping moment in. Megan Fox was accompanied by her boyfriend Machine Gun Kelly and together packed in on a lot of PDA (as they would) too. 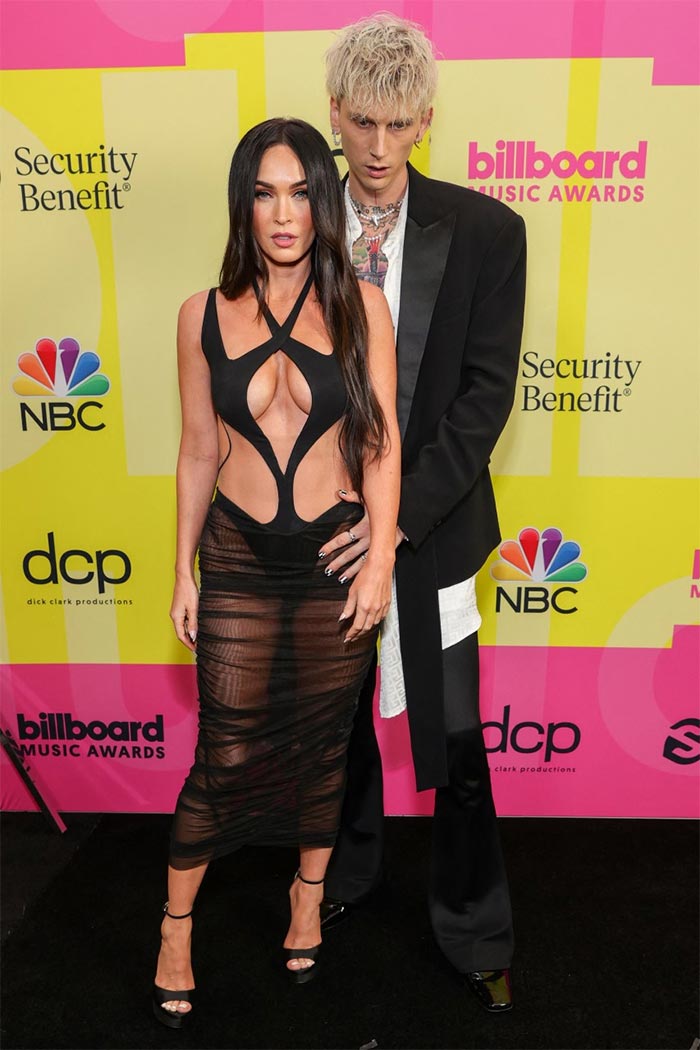 Also Read: Priyanka Chopra Is Pure Gold In A Shimmering Gown With A Plunging Neckline

Kim Kardashian in 2019 didn't just cause frenzy on the red carpet but also on the internet with her cutout Mugler dress. Of course she isn't shy to show flesh and her Mugler dress was all things risqué Gods approve of. Bondage-inspired dresses mean that wearing a bra is impossible but the reality star's pick was a recipe for disaster with a wardrobe malfunction just waiting to happen. But then she is Kim Kardashian after all and wardrobe disasters have no room in her closet.

Megan Fox's birthday outfit served some major saucy looks on the streets of LA. She looked red hot and fabulous in an all-red pantsuit that would give anyone a reason to ditch their little black dresses for some ravishing red pieces that she always does justice to.

But did you think Kim Kardashian couldn't do justice to an all-red outfit though? You've got to be kidding us. Latex has nothing on Kim Kardashian who takes a village to dress up but it is safe to say that the end result is always promising.