As with most festivals in India, Onam is steeped in tradition; one of them being the stunning kasavu saree 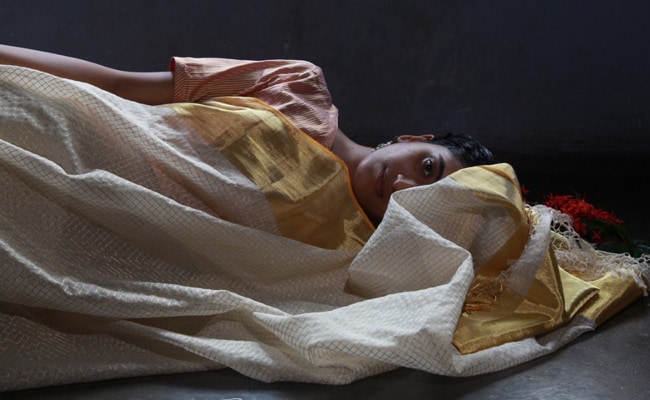 A gorgeous white and gold kasavu saree from ANKA

Festivals, especially those celebrated in India, are steeped in tradition. Whether it's lighting diyas or hanging lights, festive functions are known by their followed rituals which are often passed through generations. Onam is no different. The harvest festival is celebrated with grandeur in states and countries that go far beyond Kerala. Besides sadya served on banana leaves and boats racing through rivers, kasavu sarees are woven into Keralite culture, especially during Onam. To revisit the majestic tradition of kasavu sarees, we spoke to Usha Devi Balakrishnan, the designer behind ANKA. A revival project that paid tribute to Balaramapuram's weaving community, ANKA uplifted the art form with a handful of master weavers and breathed life into the pit-looms of Balaramapuram, which had gone silent for years. 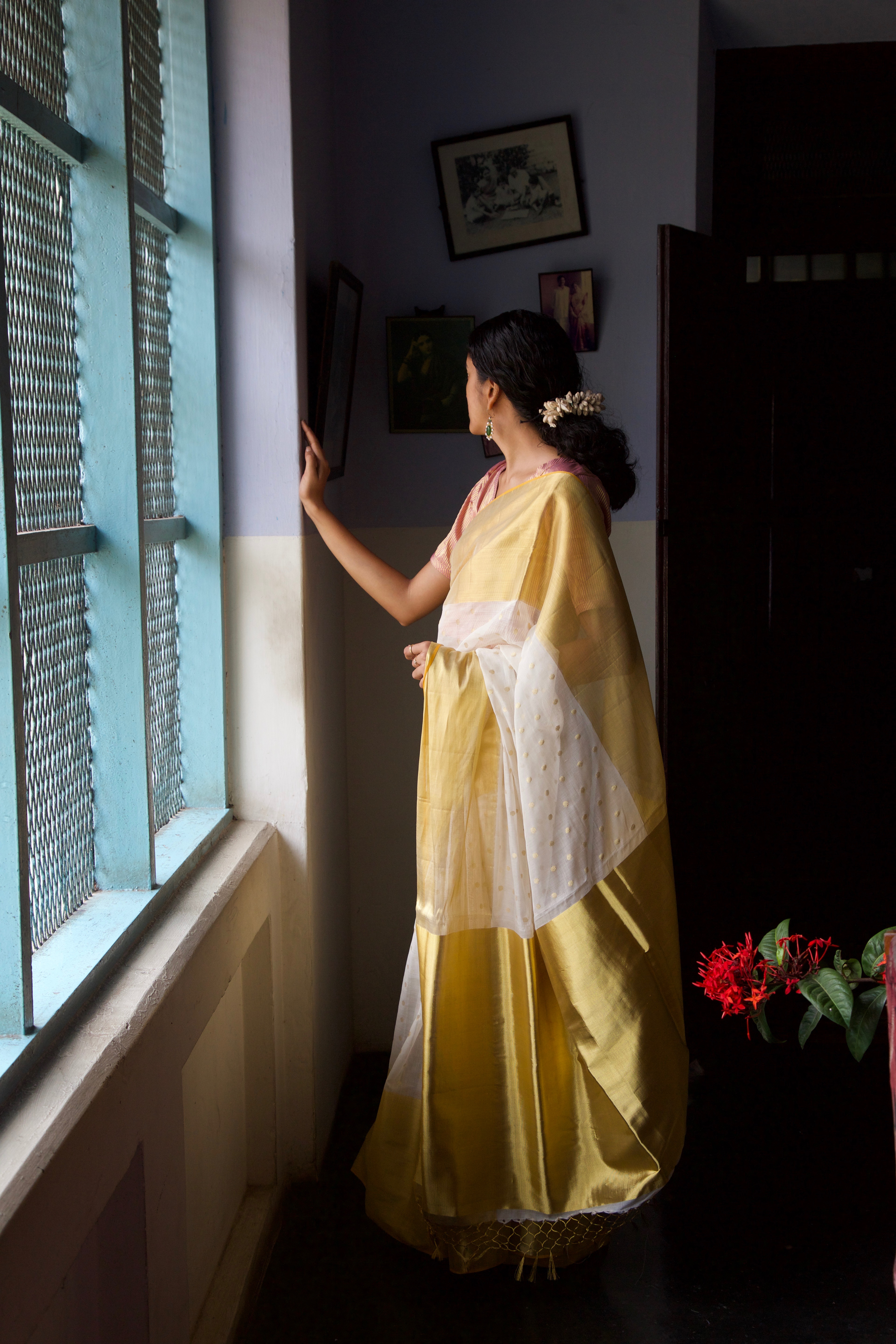 "Traditionally, Kasavu sarees have been worn for religious functions and festivals, specially Onam," informs Usha Devi. Originally called Mundum Neryathum, it eventually spread out beyond Kerala and evolved from the pinned shoulder and precious metal woven borders. "Kasavu was traditionally spun of silk yarn and pure silver thread dipped in 24K gold; so much so that bygone generations often sold the Kasavu from old sarees to silversmiths to make ornaments," says Usha Devi. In fact ANKA's Ichor fabric is made of silk yard and 24K gold dipped silver, which can also be moulded into jewellery. Before sustainability even became a buzzword, the art of kasavu was practising it by bringing new life to old metal and re-imagining it into art, many times over. 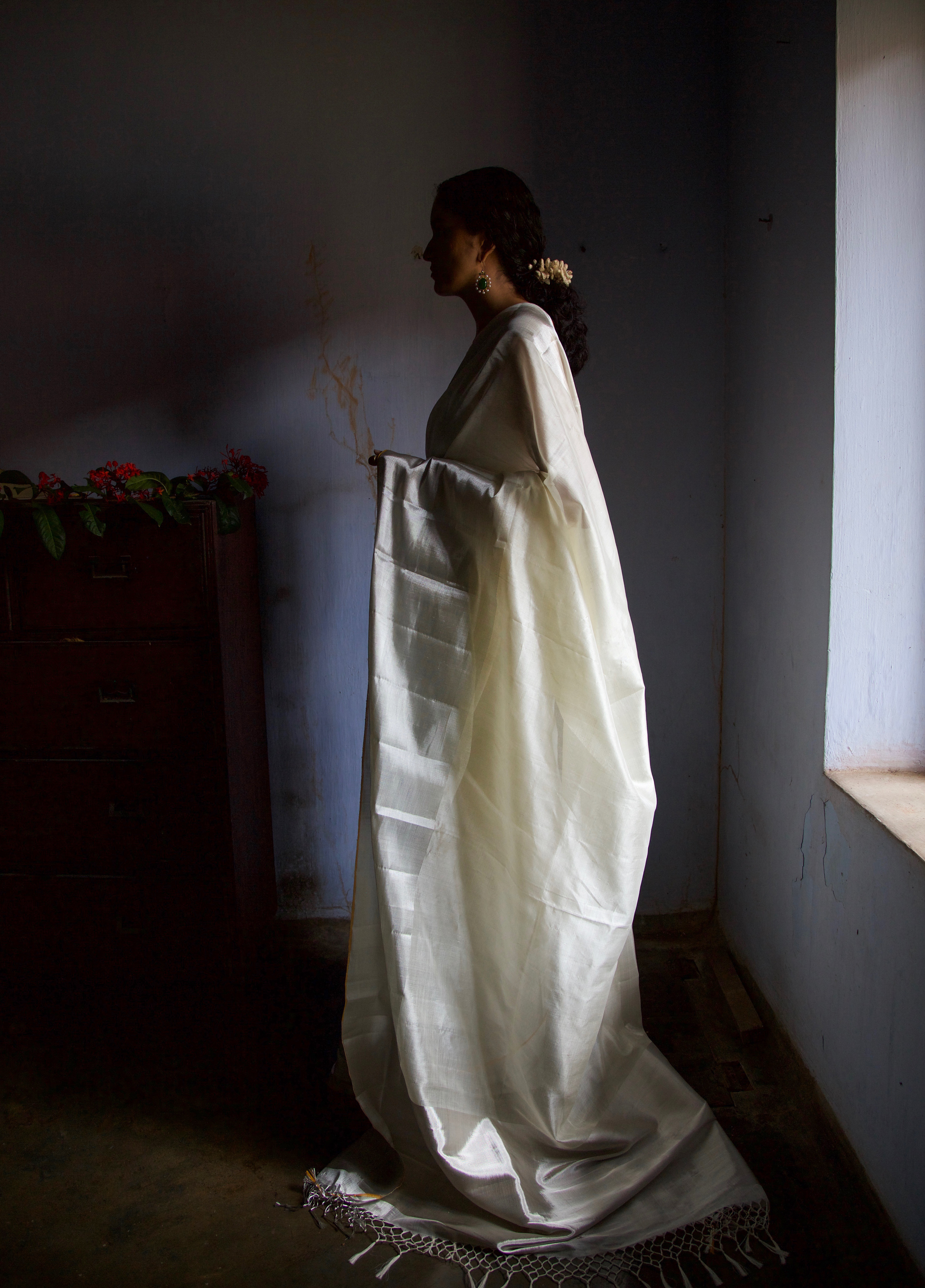 (Also Read: Beautiful Woven Sarees That You Will Love To Wear Again And Again)

Depending on the region it spread to, Kasavu transformed accordingly. In Kerala alone, it has many different variations. "The Southern Kasavu saree of Balaramapuram is renowned for its purity, softness and exclusive double sided weaves. Central Chethamangalam focuses on simple weaving and Koothampally, on jacquard weaving. Northern Kannur is known for sarees of coarser material and simple woven designs," says Usha. Living the craft day in and out, her most beloved moments involve creating bridal sarees and designer traditional garments, as showcased by ANKA at Lakme Fashion Week in 2019.

My love affair with the saree . @shilpareddyofficial when I get the friend and the fabulous designer 😁 #stylelovers #simpleistherule

A post shared by Samantha Akkineni (@samantharuthprabhuoffl) on Jan 22, 2017 at 5:16am PST

Today kasavu sarees have come a long way from God's own country. Like ANKA that provides livelihood to the weaver community while being processed in chemical-free environments, kasavu too has imbibed modern hints without moving too far from its traditional charm. "The traditional gold and ivory sarees can never become completely modern but with the more exposure, like Lakme Fashion Show and publicity from celebrities like Aishwarya Rai, Samantha Ruth Prabhu and Vidya Balan wearing them, their elegance and richness are more visible," concludes Usha Devi.