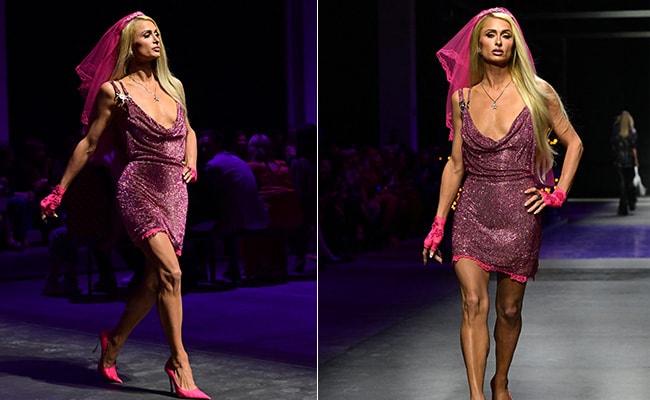 Milan is known to be the fashion capital of the world and there might be one more reason why that is so. We think it has something to do with Paris Hilton walking the runway as a celebrity showstopper for Versace. The Italian design house is a choice pick among the creme de la creme of Hollywood celebrities so it came as no surprise when the iconic Paris was the one to take the ramp for them. Paris married Carter Reum last November and in typical fashion, went with not one or two but six bridal dresses worn over her wedding weekend. It must have been such a blast that Paris must be wanting to reminisce her days as a bride once more. Because that's certainly what it looked like at the Versace fashion show in Milan. 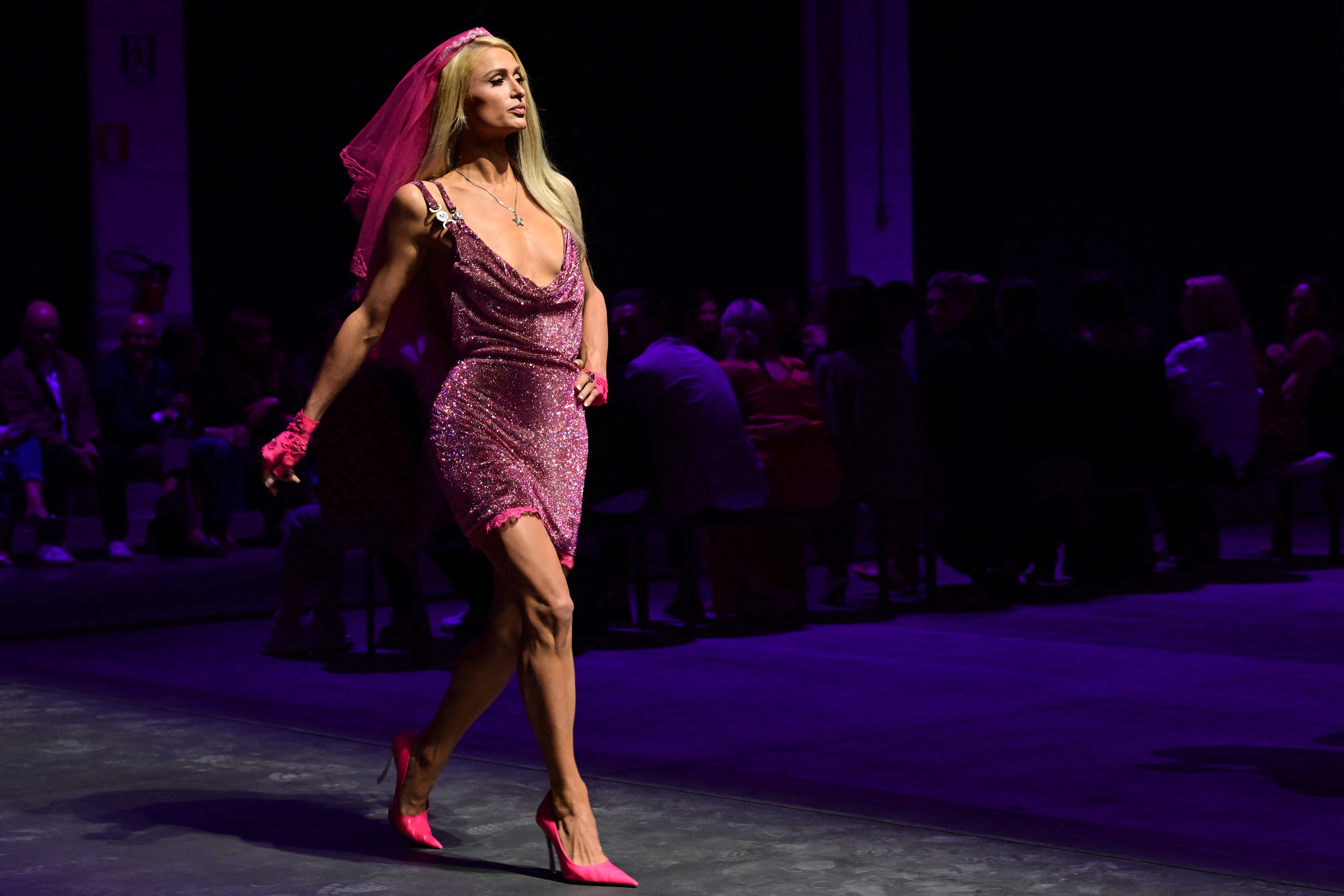 Wearing the shade she is best known for, Paris donned a shimmering pink dress covered in entirety with glitter. It featured a cowl neckline; yes very similar to the chainmail silver dress also with a cowl neckline which she wore on her 21st birthday. This one however, had a bridal vibe to it. Along with the bright pink lace trimming her dress, she also wore lace mittens and a sheer veil draped on her head. Hot pink pointed pumps finished it off. 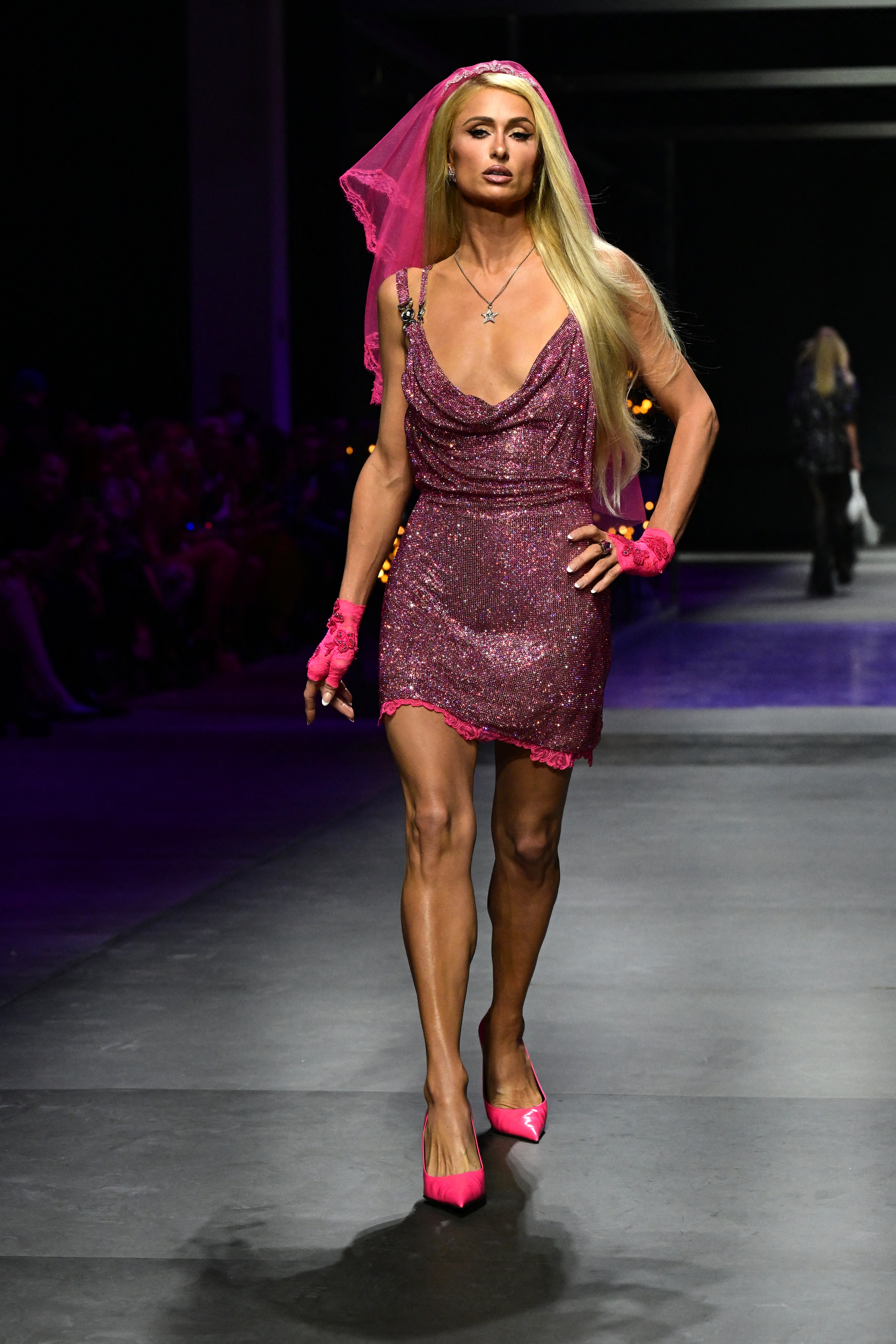 Paris Hilton on the runway

Razor sharp winged eyes, a French manicure and a contoured glossy lip topped up Paris' glittering in pink look and there's really no one who could do it better than her.