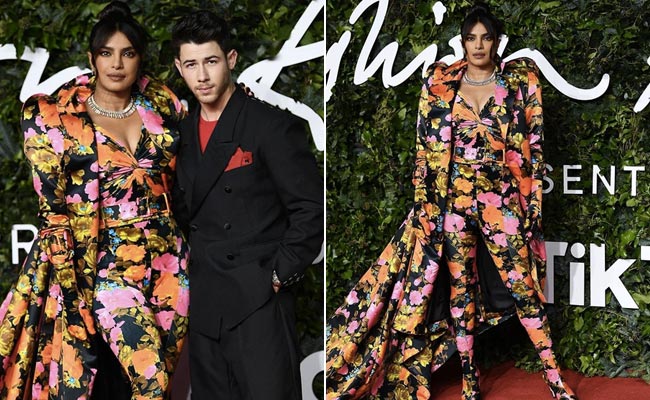 There's no such thing as too much florals for Priyanka Chopra!; Image Credit: AFP

The Britain Fashion Awards returned to the Albert Hall in London after its digital reiteration in 2020 due to COVID-19 and many prolific stars in the fashion biz weren't going to give this one a miss. Our very Priyanka Chopra was an obvious attendee and her choice of fashion as bold as her personality. Priyanka Chopra proved everyone wrong who believes florals are for spring alone as she gave her floral print an autumn touch in dark tones. Dressed in Richard Quinn, her outfit was a vision in monochrome print featuring a floral bodysuit gathered at the chest and paired with matching pants extending to her boot. It was topped with a matching voluminous coat with power shoulders that also extended as gloves. Priyanka Chopra is obviously nothing without her Bulgari jewels and along with Nick Jonas as her date, her diamond necklace also gave her company.

Also Read: Priyanka Chopra's Bulgari Jewels Are The Only Other Star Attraction Apart From Her In Dubai 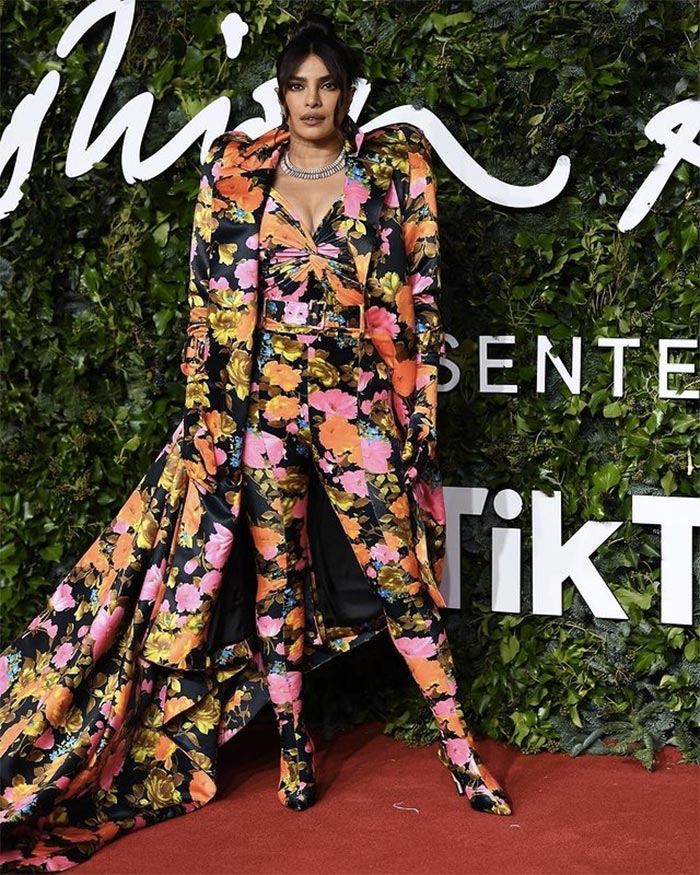 Priyanka's makeup was kept minimal to balance her all-floral outfit with a perfectly lined cat eyeliner and nude-brown lips, and she ensured that the outfit remained the true attraction. Her hair was styled in an updo with her fringes framing her face. 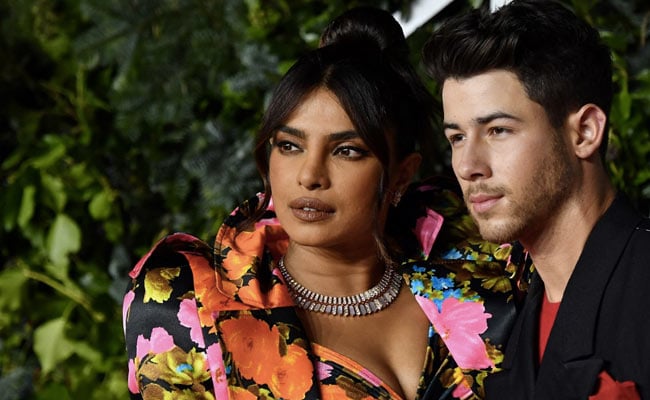 Also Read: Priyanka Chopra And Nick Jonas Make A Chic Couple Fashion Statement Like No Other For Their Diwali Party

Priyanka Chopra was last seen at the red carpet of a major awards function earlier this year at the Billboard Music Awards where she looked like pure gold in a shimmering sheer dress. Priyanka looked absolutely scintillating in a custom Dolce & Gabbana gown with Bulgari jewellery. Her gown featured an embellished sheer form-fitting silhouette with a plunging neckline and broad metallic belt.