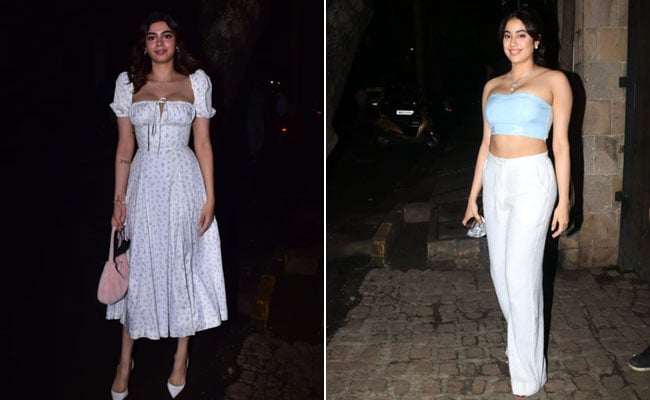 Janhvi Kapoor and Khushi Kapoor are the most stylish sisters around

Rhea Kapoor And Karan Boolani's wedding celebrations are going strong even as the week begins. The celebrity couple tied the knot over the weekend but Monday night saw the stars of Bollywood come out in full attendance for their wedding party. Amongst them was Janhvi Kapoor, who is the bride's cousin. While you'd expect lehengas and sarees to be amongst the fashion sightings, this wedding party did things differently. Guests including Masaba Gupta, Shanaya Kapoor and more kept it casually cool and still incredibly stylish for the event. Janhvi chose a pastel toned blue tube top with wide-legged white trousers. A stone studded necklace added glitz to her look without taking away from her radiant makeup and high ponytail. 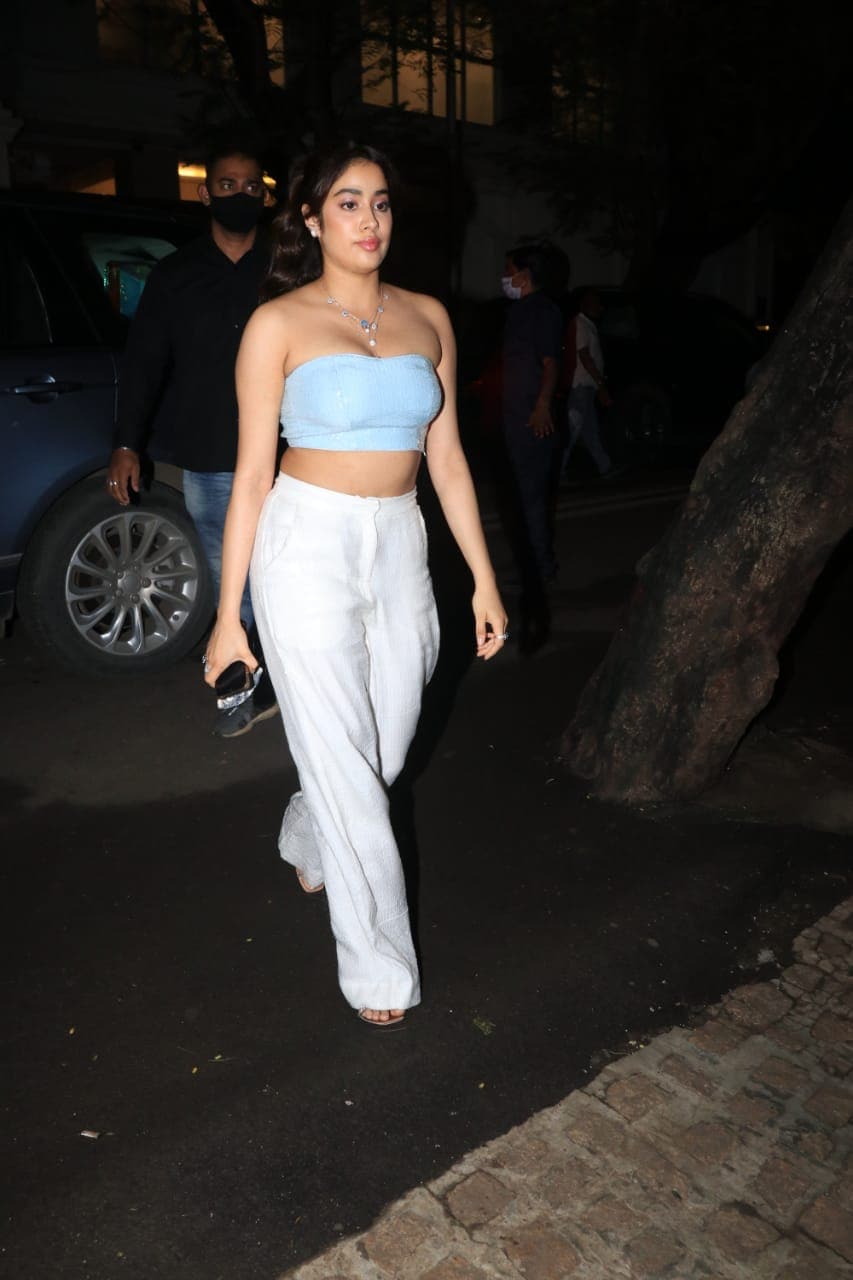 Janhvi Kapoor looks gorgeous in a tube top and trousers 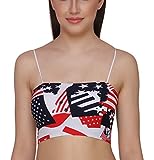 (Also Read: Shanaya, Khushi And Anshula Kapoor Take Over The Big Apple One Chic Outfit At A Time)

Sister Khushi Kapoor was not far behind. She chose a dainty floral printed midi dress with puffed sleeves and a deep neckline with a drawstring detail. Pointed white pumps lent completeness to the look while a fluffy pink Prada bag gave it a trendy touch. Khushi Kapoor wore a dress for the wedding party

One more Kapoor cousin who made fashion waves was Shanaya Kapoor. She wore a black strap co-ord set of a cowl neck top and midi skirt. She pulled her hair back sleekly while minimal black heels were the elegant touch this outfit needed. 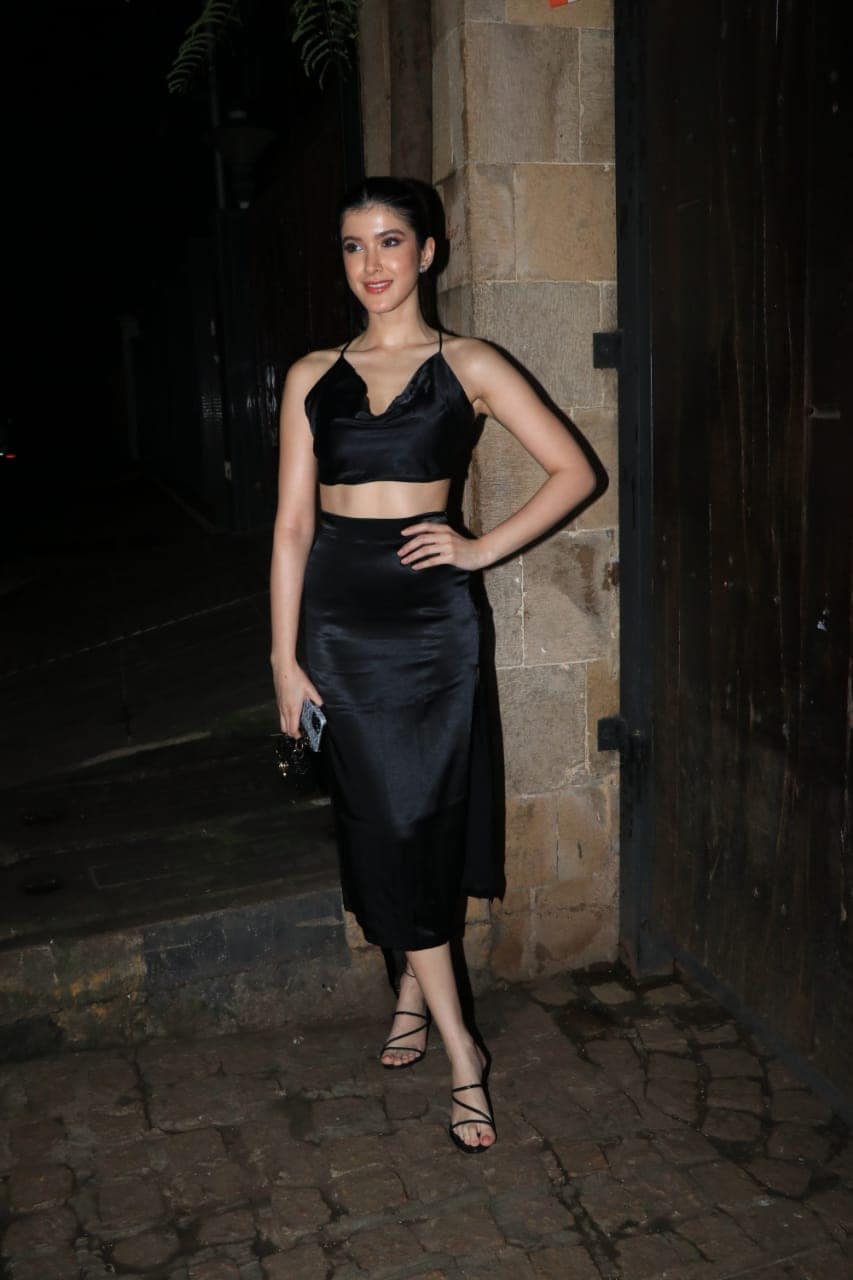 Masaba Gupta made the dress code her own as she chose a pair of blue ripped jeans with a floral printed crop top which featured flouncy long sleeves. Nude slider sandals and a white mini purse were her funky take with this outfit. 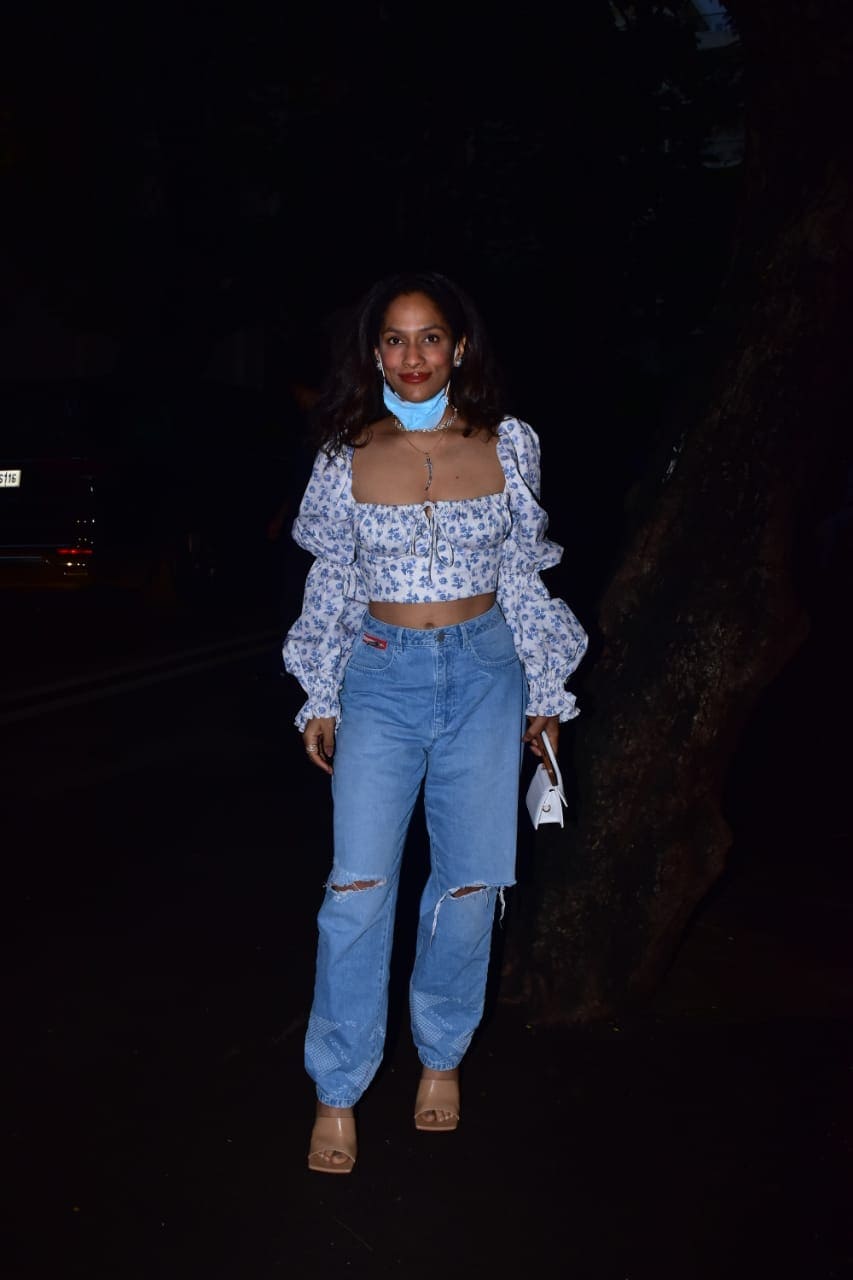