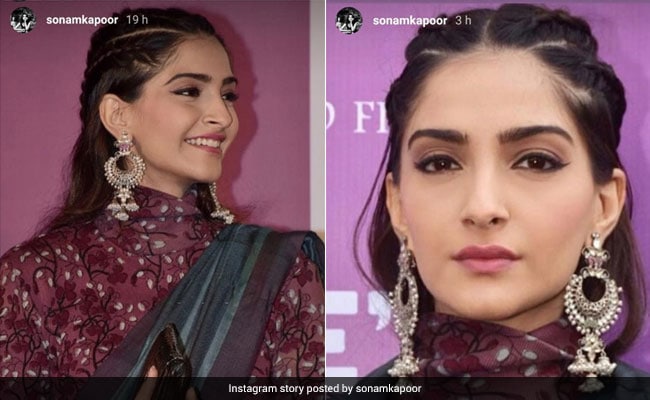 You can't deny the fact that Bollywood and its love for sarees is eternal. Be it red carpet, award functions, movie promotions or wedding festivities, when a B-town diva appears in a statement saree, it surely receives massive applauds. Bollywood's trendsetter Sonam Kapoor's latest saree look serves as a testimony of the same. The actress, who has never taken a backstep when it comes to experimenting with different style statements, recently gave us tips to style a saree like a pro.

Sonam Kapoor recently took to her social media platform and shared a throwback story where she looked jaw-dropping gorgeous in a striped saree and statement jewellery. She carried a red-wine statement top-blouse with beautiful floral prints. It also included a high patterned neck and full sleeves. With a simple Anavila cotton saree in pretty grey and maroon hue, Sonam Kapoor looked phenomenal. The actress further added style to her attire with silver chandbalis, chunky bracelet and a chic braided hairstyle. Check it out: 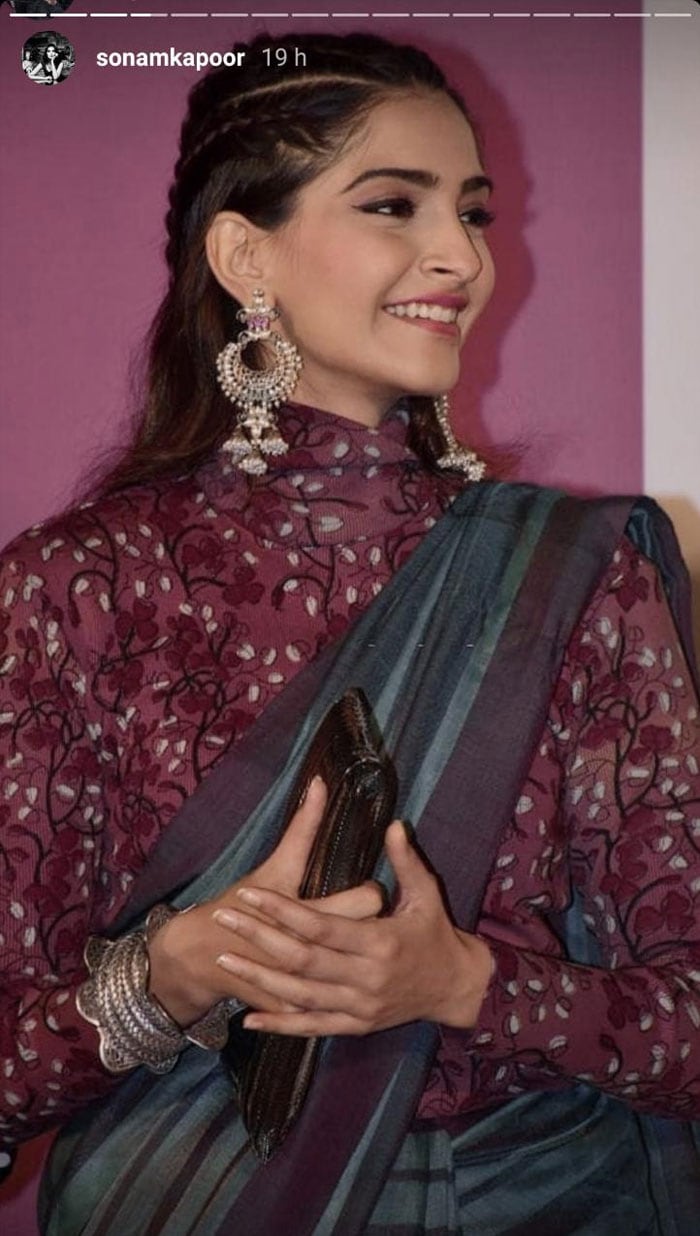 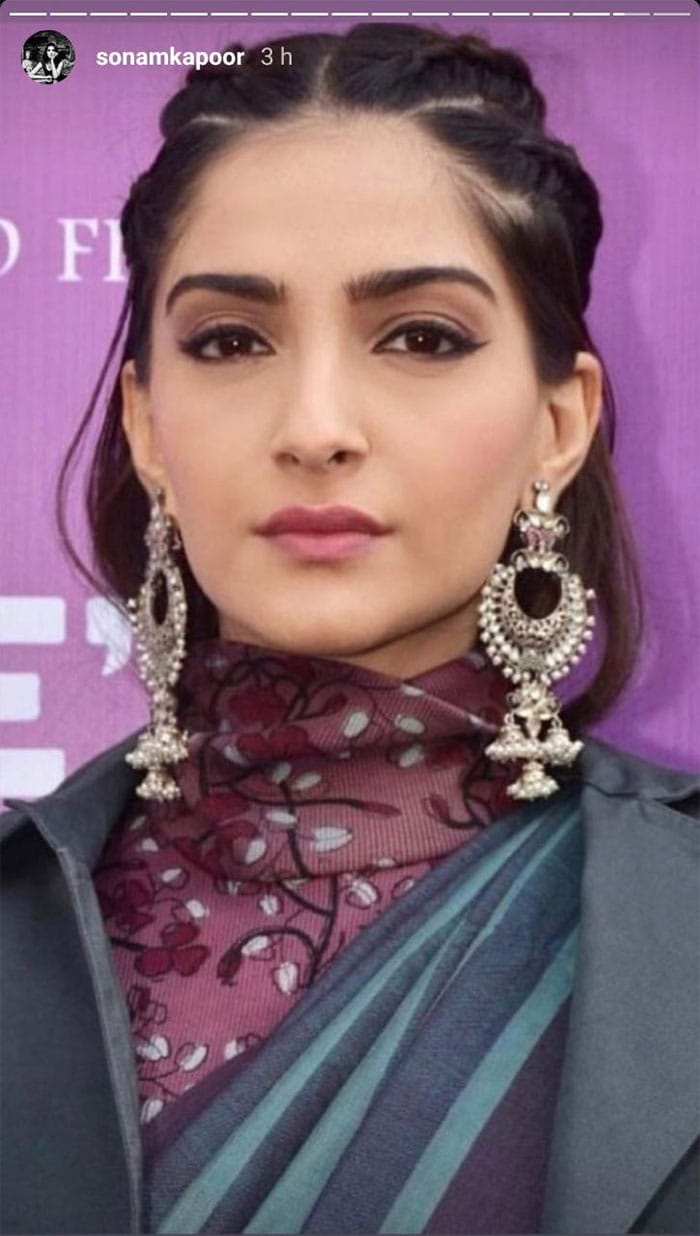 A month back the stunner posted a series of stories which left the internet spellbound with her fashion sense. She shared a bunch of her most stylish red carpet looks, including her pastel pink saree look that she sported in France. It featured a high neck statement blouse with a pink net saree with white embroidered borders. With a retro hairdo and winged eyeliner, the actress rocked the entire look. 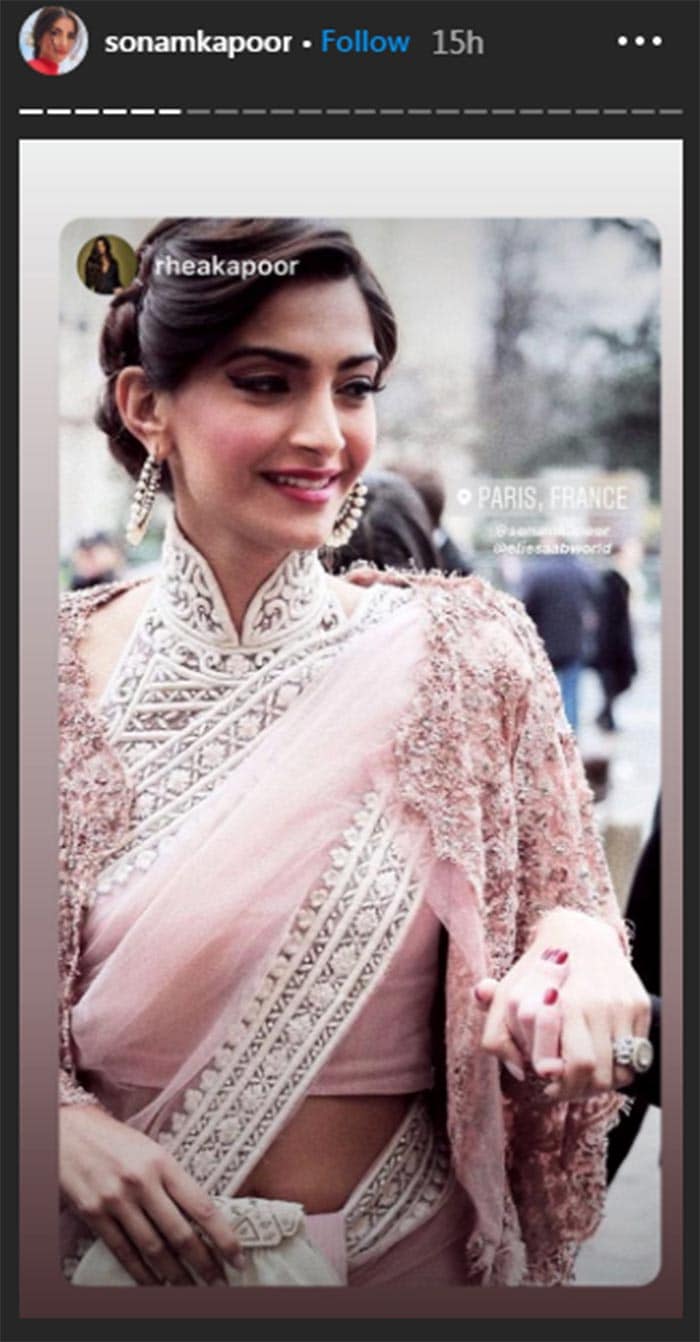 On the same day, Sonam Kapoor posted another saree look which was apparently photographed while attending an award function. It was a sparkling silver saree which was paired with a dramatically embellished blouse. Additionally, she opted for a bouffant hair bun and simple stone studs. 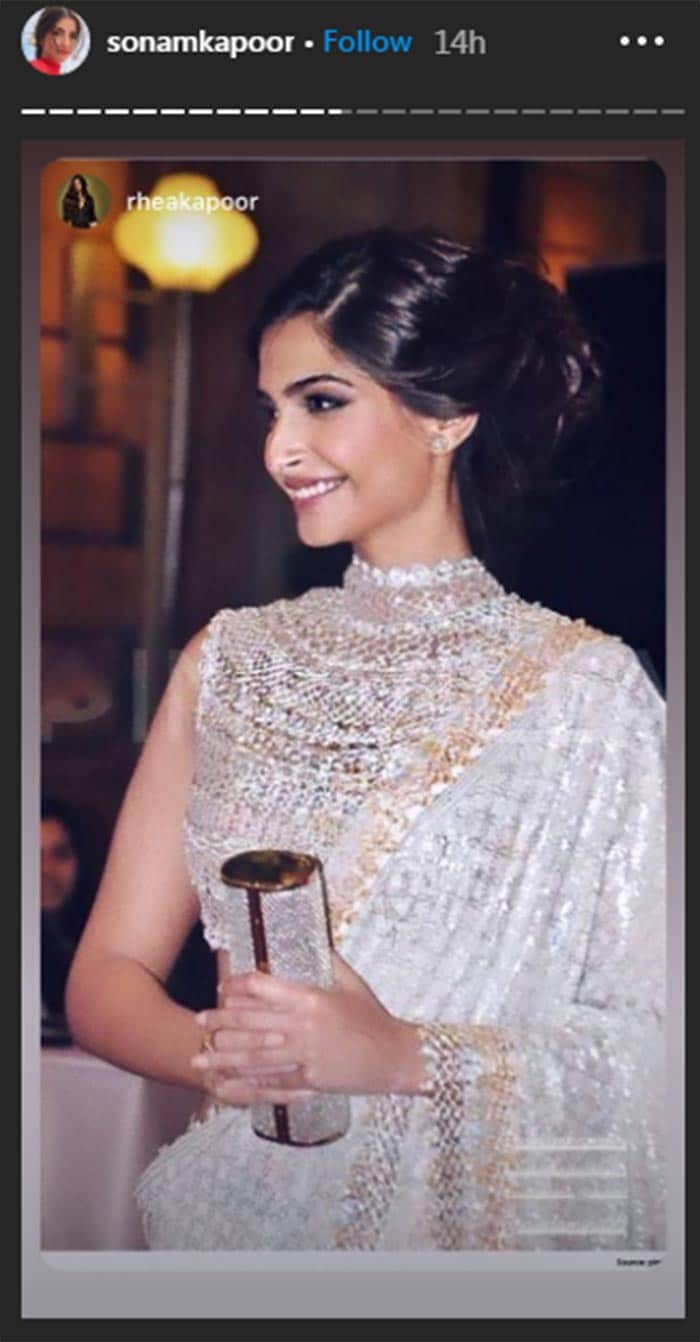 Sonam Kapoor in an award function

Let us go back to the month of February when the actress went to Abu Dhabi to attend an event. She posted several images wearing an ivory chiffon saree by Manish Malhotra, which became the talk of town. The saree featured sleek borders with sparkling details. Also, to add some colour to her attire, she opted for emerald green and diamond jewellery set by Bulgari.

Talking about white saree? Sonam Kapoor's sheer white saree by Masaba Gupta was a massive hit. The saree featured sheer white body and matching embroidered borders. While attending the Filmfare Awards 2020, Sonam Kapoor Ahuja wore this saree and made all of us envy her ethnic wardrobe. With a low pony and statement earrings, she looked picture perfect.

Last but not the least, at the reception ceremony of Arman Jain, Sonam Kapoor totally nailed ethnic style like no one. She opted for an ivory and silver saree from Good Earth's couture collection. The saree featured tiny buti all over and the drape was embellished with gorgeous zari work. With a lavender blouse, potli bag and heavy statement jewellery, Sonam Kapoor completed her look.

Take style tips from Sonam Kapoor and stay on point.