Sporting Long Locks And A Wrist Full Of Bracelets, A Shirtless And Shredded Shah Rukh Khan Is All Everybody Is Looking At 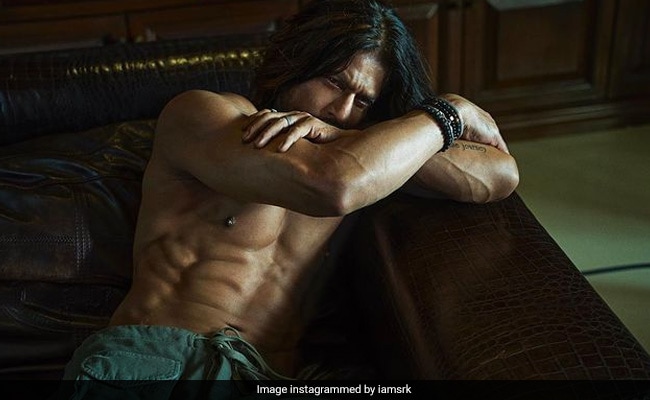 Any new photo that the legendary Shah Rukh Khan uploads is bound to go viral. So massive is his influence that even pictures shared by his wife Gauri Khan and daughter Suhana Khan is enough to make headlines. But now back to what the superstar shared. We haven't seen Shah Rukh onscreen in years so any news about his next outing at the movies Pathaan, which is set to release next year, is bound to get our attention. And his latest post on Instagram worked especially hard to do so. On a dark brown couch, Shah Rukh is seen leaning into his arms which are crossed in front of him. While his face isn't fully visible, he is seen sporting a long head of hair which is parted down the centre while a stack of wooden bracelets deck up his wrist. He is wearing a low wrung pair of cargo pants and chose to go shirtless for this look. If we looked as ripped as he did, we would too. Suddenly the wait for Pathaan seems ever so long.

(Also Read: 6 Times Suhana Khan Convinced Us That She Has A Bodycon Dress To Fit Her Every Mood)

The actor previously set the fitspo goals mighty high before as well. Back in March, the Bollywood actor posted a photo of himself showcasing his incredible physique. Here he wore his hair in a messy bun hairstyle with sunglasses and a pair of pants low on his waist. Of course his washboard abs were the focal point of this look of his.