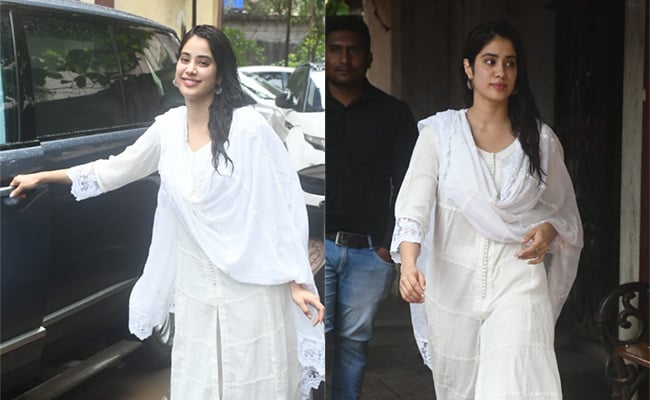 Navratri 2022 is here and Janhvi Kapoor is ready

Navratri 2022 officially begins today and the unofficial colour palette for the festival is finally out. As today marked day 1 of Navratri 2022 celebrations, it was designated as the day to slip into white. So if you caught sight of hordes of men and women wearing their best ethnic garb in the pristine shade today, this is the reason why. It seems like Bollywood actress Janhvi Kapoor definitely got the memo. We aren't sure whether Janhvi's plans tonight involve garba dancing but she certainly is in the festive mood because it doesn't seem like a coincidence that she would wear white. 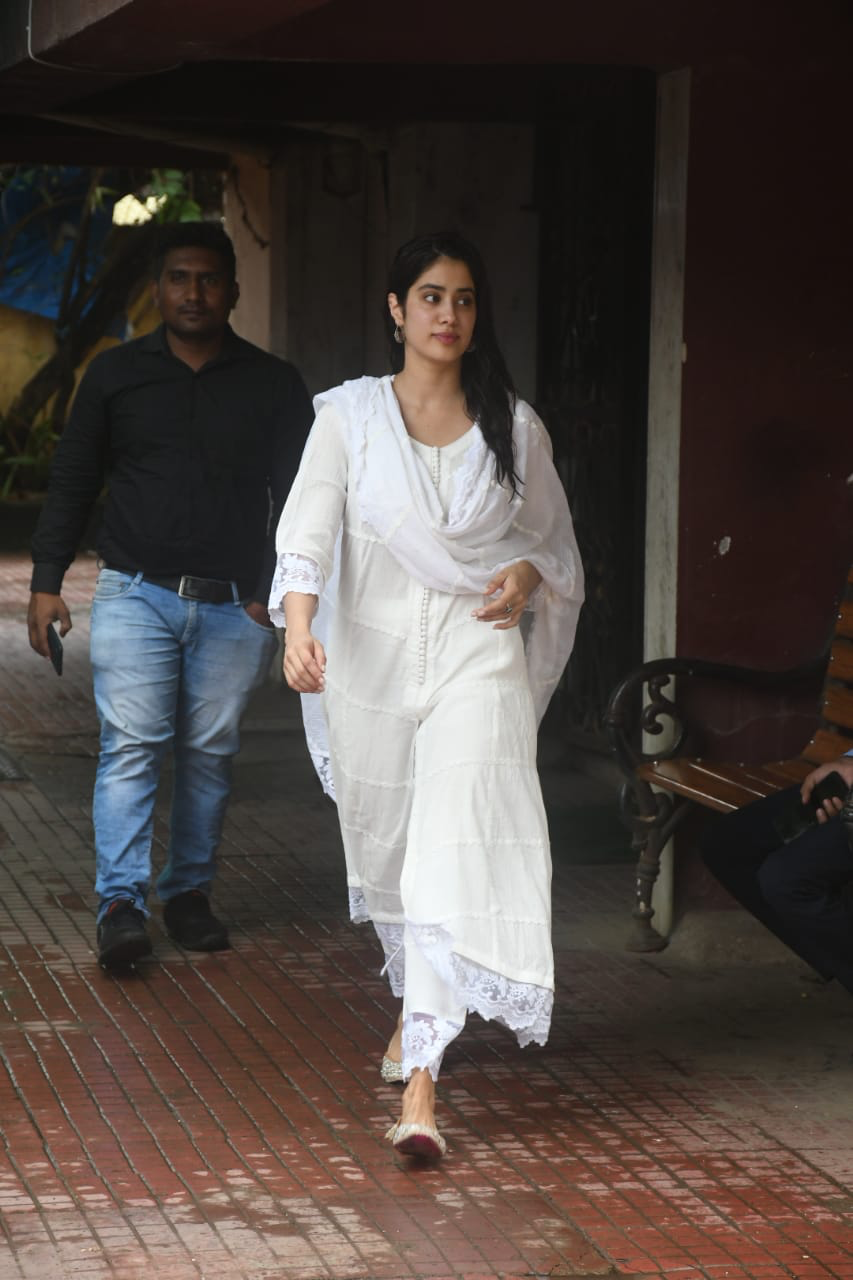 After a Pilates session in the day time, Janhvi stepped out of her workout studio wearing an entirely white chikankari salwar kameez. It included a white long sleeve kurta which had a tiered pattern. The sleeves and ankle-length hemline was trimmed with white lace. Janhvi draped her dupatta over her shoulders, which also had the same pattern as her kurta. It was paired with white trousers which were also trimmed with lace. Janvhi completed her outfit with a dainty set of earrings and matched her ensemble with silver embellished juttis on her feet. 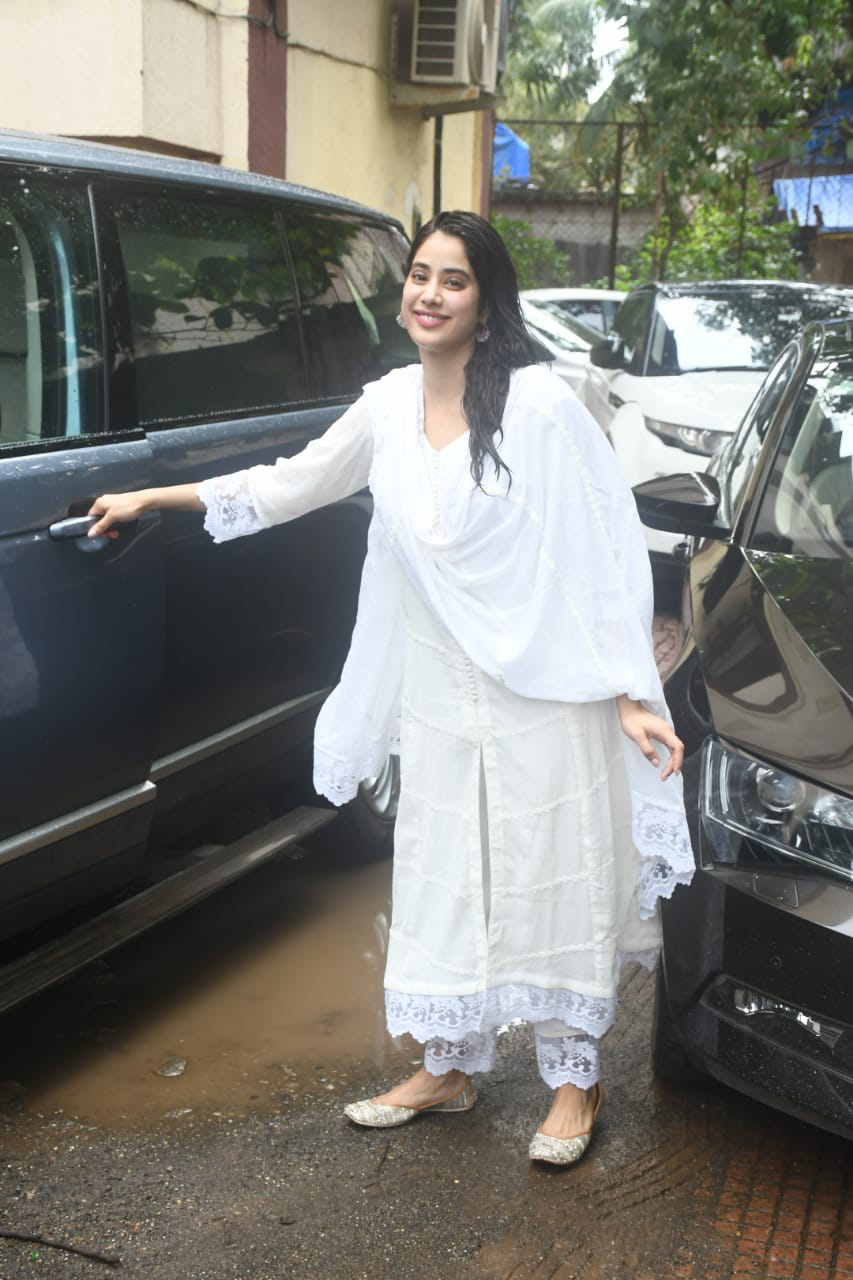 (Also Read: Janhvi Kapoor Is A Flawless Floral Delight With The Help Of Her Saree)

Being a post-workout look, there wasn't a stitch of makeup included for Janhvi and she kept her hair loose and worn down. Looks like we're going to be waiting for Janhvi Kapoor to exit the gym for this entire Navratri week!