On this throwback Thursday, we're going back to the night when Aishwarya Rai won the Miss World 1994 crown 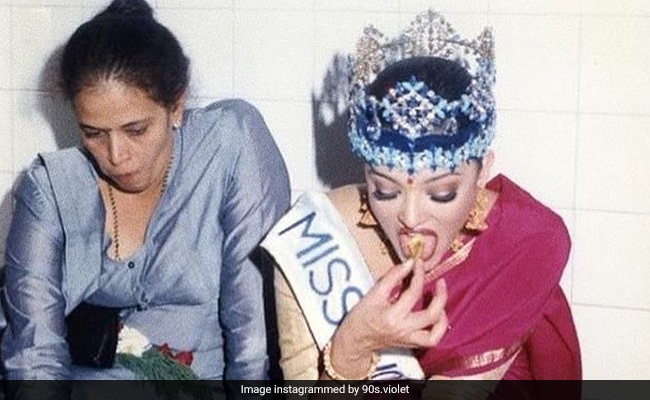 Aishwarya Rai has a certain timeless quality about her. The superstar has turned heads with her international red carpet appearances and silver screen moments for decades now, so it's no wonder she has a fan following that stretches far and wide. But along with her strikingly good looks, it's also her inner beauty. Today's Thursday throwback photo is courtesy film star Amy Jackson who reposted a photo of Aishwarya's on Instagram with the caption "The Queen. Forever Favourite". In the photo posted by a retro celebrity account, Aishwarya Rai is seen wearing a pretty pink saree with a gold blouse and ethnic yellow gold jewellery. She is seated on the floor and eating a meal from a thali with her hands. Proudly perched on her head is the Miss World 1994 crown which she had won earlier that night. The sash confirms the wonderful moment. 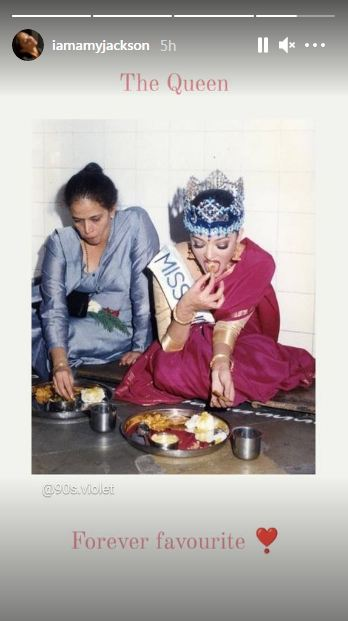 Her mother Vrinda Rai is besides her as she catches a dinner break on the momentous night. Along with her fluttery lashes, dramatic makeup and stunning saree, seeing the Miss World 1994 going back to simple pleasure like these cannot be compared to anything else. Truly, a queen like no other.

Aishwarya Rai is also making news right now as the 74th Cannes Film Festival is currently underway in the French Riviera. We're keeping our fingers crossed that Aishwarya will be in attendance because she is known to be the reigning Indian queen of the Cannes red carpet. At the previous edition in 2019, she brought her own drama to the red carpet in a flouncy feathered white gown by Ashi Studio with strappy heels.

That same year, she also went for a futuristic approach with a gold single shouldered iridescent gown by Jean Louis Sabaji. Along with the exaggerated sleeve detail, she chose shimmery makeup and sleek hair.

Even off the red carpet, Aishwarya could ace Cannes style like a pro. Her casual look of a printed trench coat and cuffed blue jeans was set with glossy red pumps and a pout to match for a press event in the day time. She nails it every single time, this one.