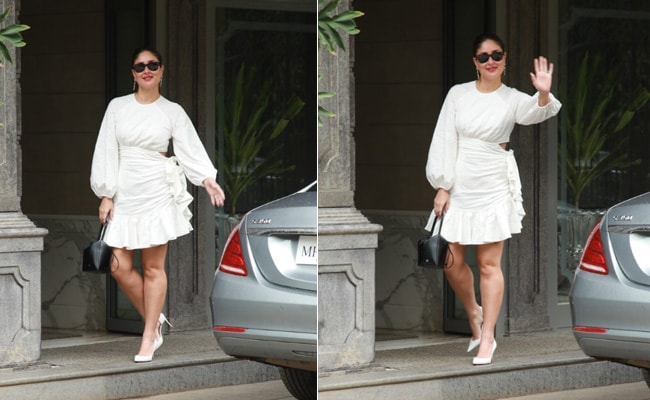 Kareena Kapoor turned a year older and celebrated with her friends and family at a big bash in the city of Mumbai last night. But before that, the Bollywood star headed for lunch to her parent's house. Kareena being Kareena, she didn't wait for her star-studded party at night to put her most fashionable foot forward. The actress was all smiles for photographers when she was snapped in the city and when we saw her outfit, we were smiling too. 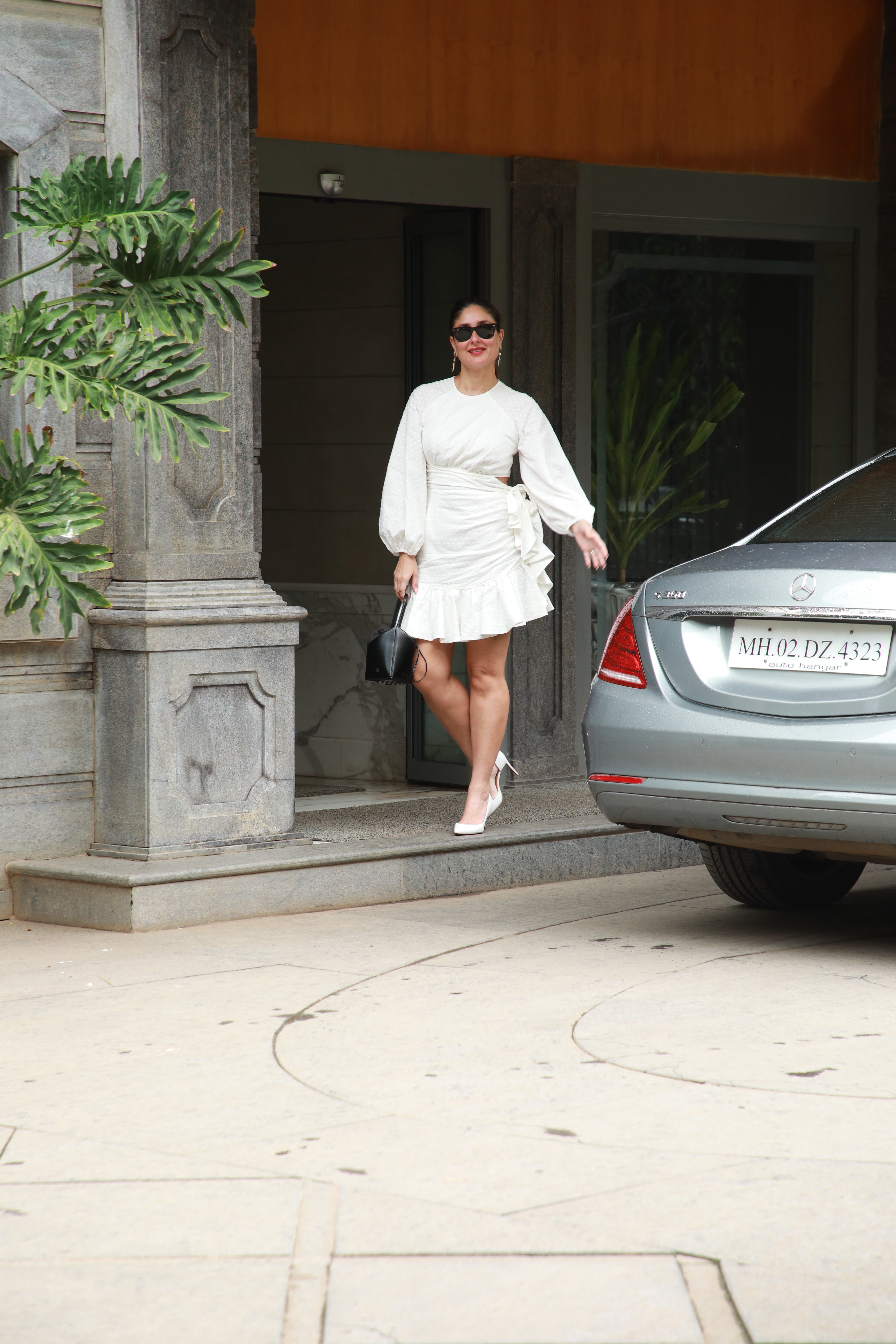 Kareena Kapoor chose a little white dress to celebrate her birthday in. Her dress had unique touches that made it stand out fabulously. Kareena's white dress featured a rounded neckline with billowy long sleeves. With a cinched waist and a tied detail at the side of her hip, there were ruffles across the bottom of her dress and a cutout at the side. 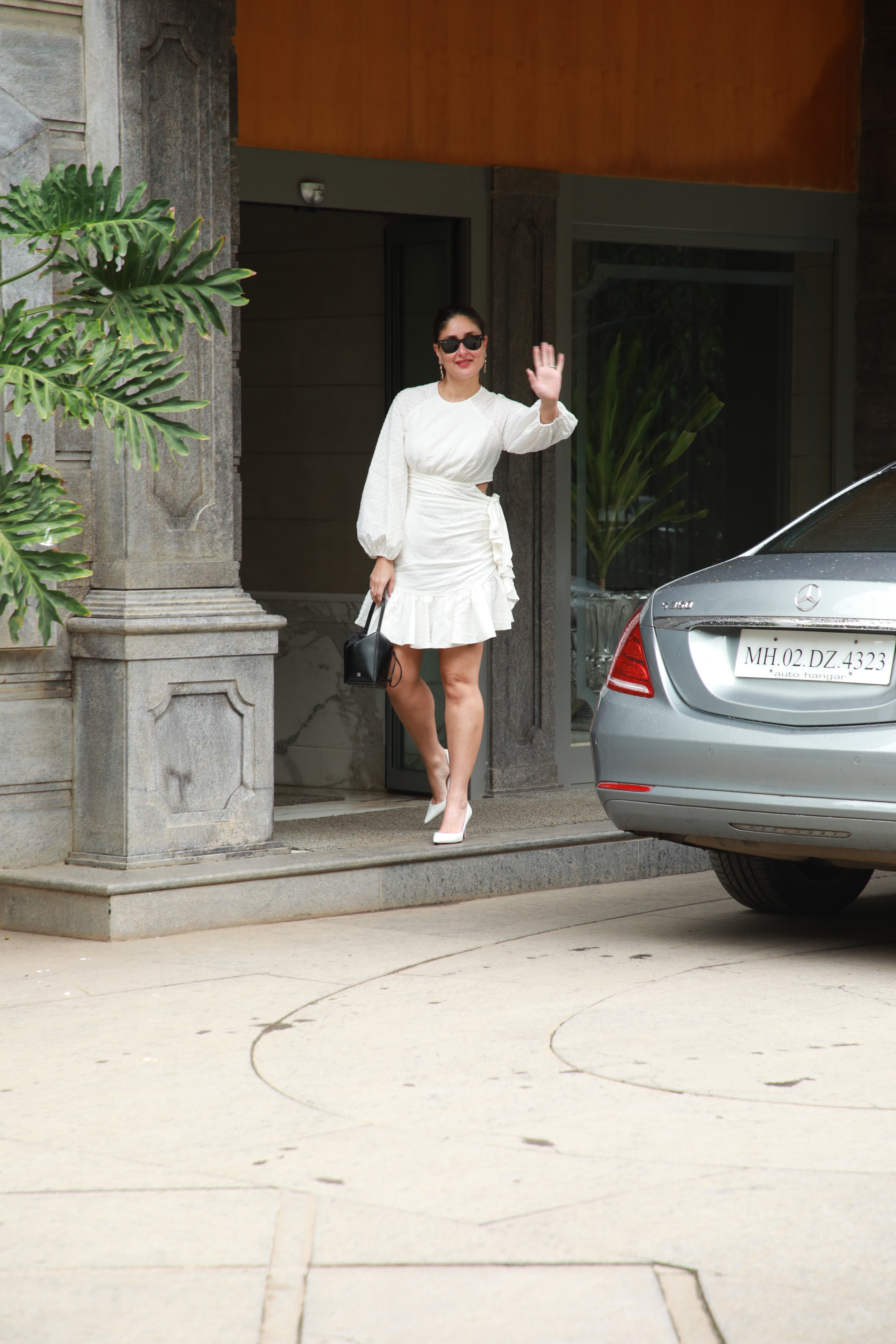 While her fluttering white dress was pretty as a picture, it was the accessories that sealed the deal in Kareena's look. She wore pointed white pumps which matched her dress perfectly well. In her hand was a black purse which paired well with her black sunglasses. Kareena pulled her hair back in a neat bun and threw on a red lip with a dangling pair of earrings. Looks like Kareena Kapoor can pull off the little white dress for the day time perfectly well.