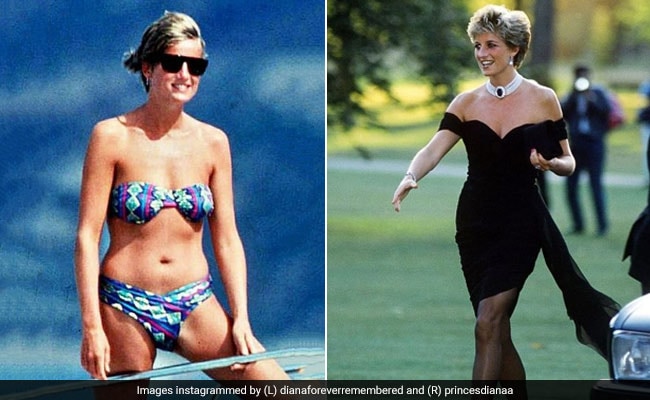 Princess Diana was and is one of the most beautiful women to have walked on planet Earth. Whether we scooped out some of her most gorgeous holiday pictures or red carpet appearances or lest we forget her magnificent wedding look, we couldn't pick a flaw. She was often termed a fashion icon with her statement-making styles and on her 60th birthday we can't help but celebrate some of her most iconic styles. She had a versatile sense of style and often breached royal protocol true to her rebellious nature and experimented every now and then. The most photographed woman of her time, her timeless style is probably one of the best ways we could think of to remember on what would have been her special day.

One of our favourite dresses till date was her iconic "revenge dress" that she wore for her first public appearance after Prince Charles' tell-all announcement of his infidelity. Shoulder-baring and full of spunk, Princess Diana truly outdid herself each time she could.

How can we possibly forget her wedding dress? The most magnificent white gown to ever exist; a 20-feet train that still holds the record of being the longest in the world, can it get any better than this?

Of course a princess couldn't be spotted in a bikini, right? A princess other than Lady Diana herself who loved her bikinis more than anything and would often wear one on her many exotic family vacations.

Even though royal protocols mentioned avoiding street style but not if you're Princess Diana who had a special place for street style casuals that made her look chicer than any royal we can imagine.

She even went on to wear gorgeous ethnic suits for her India and Pakistan visits. Designer Ritu Kumar personally dressed her up in many occasions with Princess Di's charm making its way to add that special touch to her looks.

Who else could have made a fashion moment even while jiving with John Travolta, right?