7 Things To Do In India's Golden City Of Jaisalmer

Here are a few must-do items to cover when you visit India's golden city, Jaisalmer 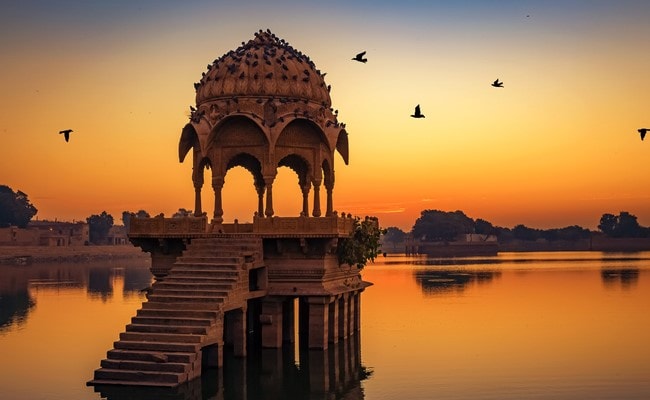 Jaisalmer in Rajasthan is known as 'The Golden City Of India', because of the large stretches of golden desert that the majestic place showcases. It is the farthest town on the Western side of India, which makes it a stone's throw away from the Pakistan border. This expansive desert region has dry, hot and arid weather making it isolated and less prone to human inhibition. The sand dunes are not very far away from the main city of Jaisalmer and are a great tourist attraction. If you plan a visit to this city, make sure you visit from November to February to avoid the torrid heat. This tourist season is pleasant with chilly winds blowing over the dunes at night. We have curated a list of a few 'must-do' things for when you are in the Golden City Of India.

Also Read: Don't Miss These 7 Sightseeing Places In Udaipur For A Royal Treat To The Eyes 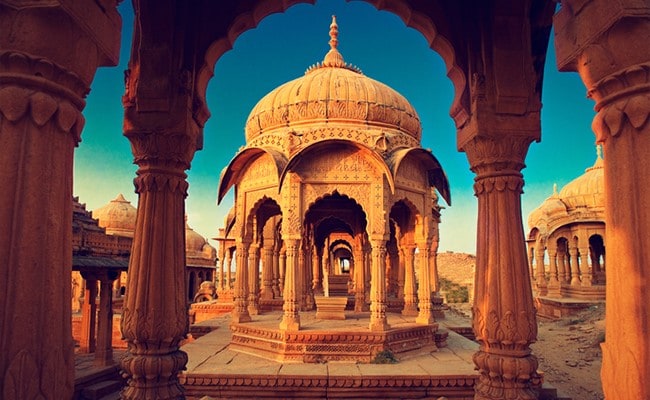 7 Things To Do When In Jaisalmer

While the tourist attractions of the city are its deserts, explore the golden dunes while taking a camel ride and enjoy the most romantic sunset on the Western side of the country. Besides the camel ride, you can also enjoy off-roading experience in safari cars or ATV rides in the dunes.

2. Visit The Ghost Town Of Kuldhara

According to an age-old tale, the city of Kuldhara, which lies 20 minutes on the outskirts of Jaisalmer was abandoned overnight as the villagers left the town after a minister announced his plans to marry a chief's daughter. While leaving the city, they cursed the village that no one would ever live in the town again. These ruins are a great spot for clicking pictures. However, make sure you leave the area during daytime itself.

The majestic Jaisalmer Fort is an UNESCO world Heritage Site built in 1156 by a Rajput ruler. The structure is a massive sandcastle with numerous hotels, guest houses, restaurants, shops and temples. The gigantic structure can be seen from anywhere in the city and is an example of great architecture of the olden times. The Jain Temple located inside the Fort will leave you smitten by its beauty and grandeur. Also visit the Gadi sagar lake opposite the Jaisalmer Fort.

There are numerous organisers in the desert region for cultural dance performances followed by a lip-smacking meal consisting of Rajasthani delicacies like dal baati churma and more. Do not forget to taste the local cuisine for an unforgettable experience.

Known for its majestic architecture, the city has a lot to offer when it comes to royal structures and monuments. So take a stroll on the streets of the city to explore the havelis in the locality. There is Patwa Haveli, Salam Singh ki Haveli, Moti Mahal, Nathmal Haveli and many more worth visiting.

Wake up early in the morning to visit Suryagarh Hotel which offers a chance to its guests to enjoy a scrumptious breakfast overlooking the Khaba fort and be a spectator to magnificent peacocks being fed by the locals. The Khaba fort is located in the abandoned town of Paliwal village which lies on the outskirts of the city.

7. Witness A Sunset At Vyas Chhatri

In the northern region of Jaisalmer, is located this beautiful sandstone structure dedicated to the great sage Vyasa from Hindu mythology. The region is a cremation ground and contains many tombs erected in the honour of warriors and noteworthy heroes. The place showcases serene sunsets and must be visited when in Jaialmer.

We hope you have a fun-filled trip to the Golden City of India.

Also Read:  Bookmark These 5 Things To Do In Munnar On Your Next Holiday To This Southern Hill Station